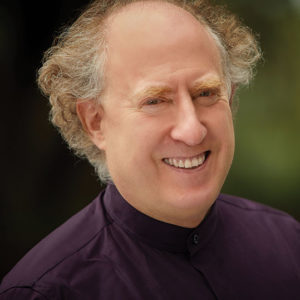 Newton Howard’s work, underwritten by and dedicated to Maurice Marciano, was written for and spotlights Principal Cello Andrew Shulman. Conductor Laureate Jeffrey Kahane will lead the orchestra, which will also perform Mozart’s Piano Concerto No. 14, and Symphony No. 36, “Linz.” LACO Principal Timpani and Percussion Wade Culbreath takes center stage on marimba for Gabriella Smith’s “Riprap” for marimba and strings.

Newton Howard, one of the most versatile and respected composers currently working in film, has composed scores for more than 120 movies during a 30-year career, including the Oscar-nominated scores for “Defiance,” “Michael Clayton,” “The Village,” “The Fugitive,” “The Prince of Tides” and “My Best Friend’s Wedding.” He also received Golden Globe nominations for his orchestral score for Peter Jackson’s blockbuster remake of “King Kong,” his symphonic score for “Defiance,” and his songs from “Junior” and “One Fine Day.” He won the 2009 Grammy Award for his co-score with Hans Zimmer for “The Dark Night,” and an Emmy for the theme to the Andre Braughter series “Gideon’s Crossing.” In 2008, World Soundtrack Award named Newton Howard Film Composer of the Year for his work on the films “Charlie Wilson’s War,” “Michael Clayton” and “I Am Legend,” and he has received BMI’s Lifetime Achievement Award. Howard has also written for classical music artists and ensembles and has worked with popular music icons Elton John, Rod Stewart and Chaka Khan, among others.

Kahane, equally at home at the keyboard, on the podium and as a soloist with major orchestras, stepped down as LACO’s Music Director in 2017 following a successful 20-year tenure. He has established an international reputation as a truly versatile artist, recognized by audiences around the world for his mastery of a diverse repertoire ranging from Bach, Mozart and Beethoven to Gershwin, Golijov and John Adams.

Concert Preludes, pre-concert talks held one hour before curtain and free for ticket holders, provide insights into the program’s music and artists. Tickets start at $28.