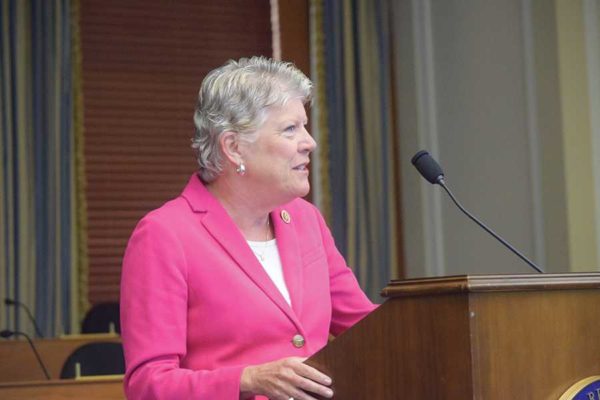 “H.R. 1 is transformational legislation that will finally put the power back in the hands of the American people, fight special interests, and take money out of politics,” Brownley said. “I am so pleased that this sweeping legislation includes two bills I authored to take policies that made our democracy stronger in California and bring them to the national level. Returning our government to one that is of, by, and for the people once again is a top priority for the House Democratic majority.”

H.R. 1 includes Brownley’s first bill in the 116th Congress, the Same Day Registration Act (H.R. 93), which requires all states to allow same-day voter registration for federal elections, just as there is in California. Same-day voter registration lowers barriers to voting, which has proven to increase voter participation. High participation in our democracy translates to representation that better reflects the needs and challenges of the people.

H.R. 1 also includes legislation Brownley co-authored with Reps. Lofgren and Lowenthal to end partisan gerrymandering by requiring states to adopt a citizen redistricting commission, as California has done. This will help make politicians more accountable to the voters they are elected to represent.