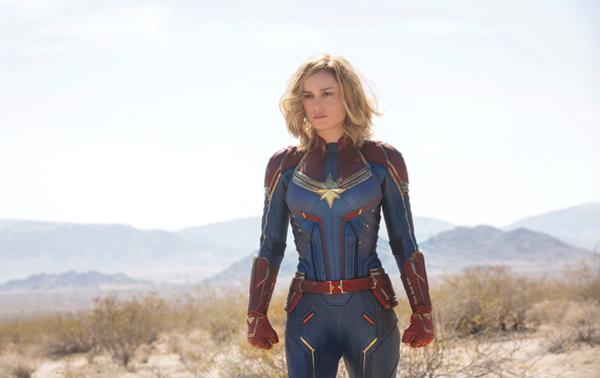 Set in the 1990s, “Captain Marvel” is a new adventure from a previously unseen period in the history of the Marvel Cinematic Universe that follows the journey of Carol Danvers as she becomes one of the universe’s most powerful heroes. While a galactic war between two alien races reaches Earth, Danvers finds herself and a small cadre of allies at the center of the maelstrom.

This evening, March 7, the El Capitan Theatre will host a special ‘90s-themed opening night event at 6 p.m. Admission is $35 per person, which includes reserved seating, popcorn in a souvenir bucket with one refill and a 20-ounce bottled drink. The evening will include raffle prizes and surprises. Attendees are encouraged to dress in their best ‘90s attire.  Additional ‘90s-themed events will be held every Thursday evening with raffle prizes and more during the run of “Captain Marvel.”

The El Capitan Theatre is located at 6838 Hollywood Blvd. For information and tickets, visit elcapitantickets.com, or call (818)845-3110.