‘Captain Marvel’s’ success is a righteous indictment of sexist trolls

Marvel Studio’s first female-lead superhero film marks the end, thanks to all those crazy social justice warriors pushing their agenda on us all. That’s the hot take of a small but aggressive band of emotional internet trolls who desperately tried to sandbag “Captain Marvel” first with Reddit posts about insider drama surrounding the film and then targeted user-comment attacks on IMDb and Rotten Tomatoes, sinking the film’s score before it even premiered. 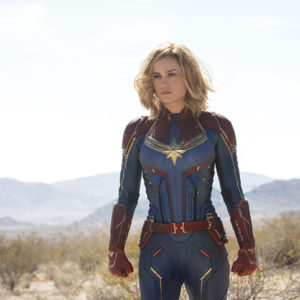 Brie Larson plays the titular superheroine in “Captain Marvel,” which is set in the mid-1990s and features many of the regulars of the Marvel Cinematic Universe. (photo courtesy of Marvel Studios)

As this past weekend proves, tiny-minded sexists pale in the face of a film market ready for more diverse representation. “Black Panther’s” massive success proved superheroes need not always be white, and the new “Cap” closes the loop, acknowledging the superhero market is a boys’ club no more. The numbers are clear: $153 million domestically and $455 million worldwide in three days. Claims nobody wants this film ring with the truth of a flat-Earther.

Now, the need for this film does not mean it succeeds at every turn. “Captain Marvel” teeters between the good and the bad, never a flap but too uneven to ascend the ranks of its Marvel peers. Frankly, that’s what happens when indie filmmakers, writers-directors Anna Boden and Ryan Fleck, try their hand at a space opera. Not sure anyone watched “Half Nelson,” a 2006 Sundance darling about a middle school-teaching drug addict, and thought, “That team can helm a $153 million-budget superheroine film, complete with the appropriate pacing and grandeur of the genre.”

“Captain Marvel” shares much in common with its ilk, for better and worse. Charming protagonist, Carol Danvers/Captain Marvel, played by the inspired casting of Brie Larson? Check. Connections to other films, including familiar faces like Nick Fury (Samuel L. Jackson), Agent Coulson (Clark Gregg) and even Ronan the Accuser (Lee Pace) in a mid-1990s superhero throwback flick? Check, check and check. And yes, it also provides a clear, logical reason for her absence during three “Avengers” films, while Cap remains on Nick’s speed dial. 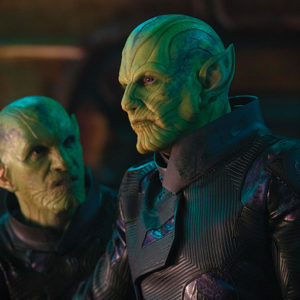 Now for the worse. Like too many superhero films, it has a third-act problem. The story goes big – too big – just like the Avengers’ tri-yearly attempts to fight global devastation or “Guardians of the Galaxy Vol. 2,” featuring a finale too bombastic to feel human or satisfying.

In particular, overcharged characters are enjoyable when handled well, something Thor has faced with mixed results. “Captain Marvel” mostly sets up better stories to come, though it still remains grounded and heartfelt until the inevitable CGI spectacle. But that’s a superhero movie problem, not a women’s issue.

Apparently, casting a woman in the lead role of a Marvel Studios film after 20 others featured men (fine, “Ant-Man and the Wasp” shared some of that machismo) makes it part of an evil, liberal agenda. Sure, Larson took heat for noting the “overwhelmingly white male” entertainment reporters and film critics she personally observed during her career, instead hoping to provide a more “inclusive” press junket this time around.

Knee-jerk responses of reverse racism – the old, “I’m not racist, you are” – laughably pretend systemic prejudice isn’t a thing. Condemning support for equal opportunity is a special kind of fear-mongering, the last-ditch effort of a deep-seated bigotry.

Rather than dignify sexist haters and say it’s not trying to elevate women, how about this: if it is, then good. The myth that change happens organically, without a push, allows the privileged, dominant party to stay cozy while others bear the brunt of progress’s slow arrival.

“Captain Marvel” is bare-minimum feminist filmmaking, safely addressing power and patriarchy without going too deep. Consider this gem from a chauvinist website that will remain nameless to prevent online traffic: “As I consider Disney’s new depiction of femininity in ‘Captain Marvel,’ I cannot help but mourn. How far we’ve come since the days when we sought to protect and cherish our women.”

Clearly, this historical revisionist skipped “Alien” and “The Terminator.” Just imagine the complaints that would follow more in-depth, challenging material from more involved fare from a few decades ago, like “Born in Flames” or “Daughters of the Dust.”

The Website That Must Not Be Named is more than a few decades behind the times, one of many that are rooted in an American sexism parading as conviction and preserving relics long since proven to damage more than “cherish” women. For true progress to happen, such views must be stomped out, rather than allowed to eventually wither away. The new Cap can’t wait for this slug-like pacing. She needs to keep going, forcing a change that refuses to enter jobs, government operations, pulpits and, of course, movie theaters.

Certainly, opening weekend is not about the quality of a film but hype. General audiences don’t know if the film works or not. That’s what the second weekend reveals. And with that, I implore you all: support “Captain Marvel,” knowing that each weekend it succeeds, another internet troll wallows in the deepest corners of social media, threatened by a woman who can leap tall buildings.

Robberies have people on edge in Melrose District