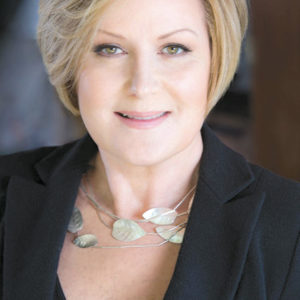 With decades of global luxury hotel leadership and a specialty in leading marketing campaigns, Williams will oversee operations at the award-winning property. She has served as the director of sales and marketing at Waldorf Astoria Beverly Hills since prior to the hotel’s opening in June 2017. Williams, the first female general manager at Waldorf Astoria Beverly Hills, is the second woman to be promoted to general manager in one of Oasis West Realty’s luxury hotels, following Sandy Murphy’s appointment to lead the iconic Beverly Hilton hotel.

“Vanessa has been at the forefront of property operations since before the Beverly Hills opening and has been instrumental in our accomplishments. Not only did she expertly position and drive the commercial success of the hotel, she developed collaborations with local and national partners to provide guests an unforgettable experience with unmatched amenities and service,” said Beny Alagem, chairman and CEO of Oasis West Realty, LLC, which owns Waldorf Astoria Beverly Hills. “Her dedication and passion for this hotel has been unwavering. This is a well-deserved promotion, and I am confident that the hotel experience for guests will only continue to further impress.”

“We are thrilled to have Vanessa lead the team at this flagship property that has quickly established itself as one of the premier luxury hotels in Southern California, as well as the go-to place for local residents,” said Pascal Duchauffour, vice president, luxury operations for Hilton. “She has been an integral part of the opening success of the hotel and we look forward to her leading the team to continue to create authentic moments that become unforgettable memories.”

Enjoy tea and macarons at The Peninsula