The Broad Stage hosts program with explorer and mountaineer 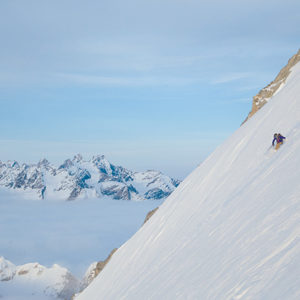 Mountaineer Hilaree Nelson is the first woman to have climbed both Everest and its neighbor, Lhotse, in a single 24-hour period. (photo by Adam Clark/National Geographic)

As the recipient of a National Geographic Explorers grant, Nelson led a team of alpinists, photographers and filmmakers to attempt a first ascent of Hkakabo Razi in northern Myanmar in 2014. The film about their adventure and well-publicized feuding, “Down to Nothing,” won the Best Cinematography Award at the Telluride Mountainfilm Festival in 2015. Nelson is also the first woman to have climbed both Everest and its neighbor, Lhotse, in a single 24-hour period.

Between expeditions, Nelson spends her time as a mother, adventuring with her two sons. In addition, her writing has been published in National Geographic Adventure, Outside Magazine Online, the Outdoor Journal and other publications. Nelson also shares her stories through motivational speaking engagements across the country.

Mingle with the flamingos at the L.A. Zoo