A writer, mother and former member of the Hollywoodland Homeowners Association, Levy said she believes that many of the promises made to her community have been left unfulfilled. 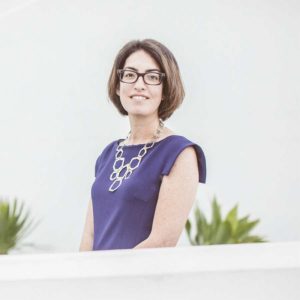 “City hall has a different set of priorities than solving the problems affecting our neighborhoods,” Levy said. “I will be an independent voice who will focus on the issues that matter to our residents and bring much-needed accountability and transparency to our city government.”

Levy moved to Los Angeles when she was 22 years old to become a writer.

“When I came to Los Angeles, it was a city where any dream was possible, at any income level,” she said. “Now, we have too many families who live one crisis away from rock bottom. We can’t afford to wait any longer for affordable housing. We need investment in our streets, and we need to promote clean transit by creating protected bike lanes, bus lanes and pedestrian-friendly sidewalks. We need to ensure everyone feels safe in their neighborhood, protected from crime, discrimination and violence.”

Levy opened her committee in September and has since raised $83,694.00 from 291 donors, 94 of whom reside in Council District 4. Her campaign team includes Doug Herman and Danielle Cendejas of The Strategy Group and David Binder Research.

Levy is a published author and the voice behind the parenting blog ChecklistMommy. She co-wrote the movie “No Way Jose” and is a member of the Writers Guild of America, West. Dedicated to advancing women’s rights, Levy serves as the president of the National Women’s Political Caucus, LA Metro, and volunteers with the Planned Parenthood Advocacy Project. She also serves on the board of the Library Foundation of Los Angeles.

Levy is a homeowner in Hollywood where she lives with her husband and their four children.