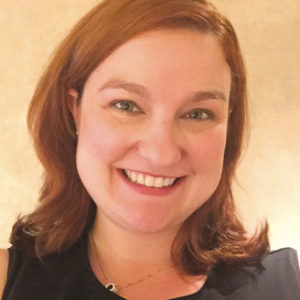 “In her new expanded position, Kate Kammeyer, working in conjunction with LACO’s Music Director Designate Jaime Martín and our artistic and staff leadership, will help LACO continue to deliver exciting and meaningful artistic programming and educational projects across all of LACO’s offerings,” Harrison said. “Kate has had a substantive impact on the scope and efficiency of our artistic programming and operations since day one. We are fortunate to have someone with her background and connections already on staff and enthusiastic about jumping into the role of general manager and artistic administrator. She’ll play an invaluable part in helping LACO reach new heights of artistic and community service. It is gratifying to acknowledge Kate, Taylor, Brandon, Dina-Marie and Alana with these promotions in recognition of their significant contributions during their tenures with the orchestra.”

Kammeyer joined LACO in 2016 as orchestra manager and director of community programs, and was promoted to general manager in 2018. She will play an even more comprehensive role in LACO’s full scope of programming and operational activities. Prior to joining LACO, Kammeyer was orchestra manager of The Philadelphia Orchestra.