Geffen Playhouse has announced eight productions that will make up its 2019-20 season, with one additional production to be announced. 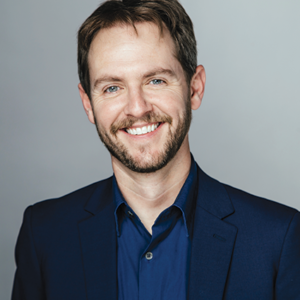 This marks the second lineup curated by Artistic Director Matt Shakman and the 24th season for the Los Angeles theater.

Geffen Playhouse Chairman Emeritus and former Paramount Pictures and MGM Chairman and CEO Frank G. Mancuso will serve as a producer for this new “Key Largo” adaptation, uniting with Garcia, his longtime collaborator.

Rounding out the season will be the comedy “Bernhardt/Hamlet” by Theresa Rebeck (“Seminar”); “The Enigmatist,” a highly inventive, immersive theatrical experience from renowned magician David Kwong; and a world premiere production of “Revenge Song: A Vampire Cowboys Creation,” a play with music written by Qui Nguyen (“Vietgone”), which also serves as the West Coast debut of New York City’s Obie Award-winning Vampire Cowboys Theatre Company.

“From theater legends like Idina Menzel to Sarah Bernhardt, bloody Scottish kings to a French swordfighter lost to history, this is a season that dreams big and will boldly entertain,” Shakman said. “Though this is my second season as artistic director, 2019-20 marks some notable firsts for the Geffen – our first Shakespeare production, two world premieres and a co-production with the dazzlingly inventive Vampire Cowboys Theatre Company from NYC. What isn’t new is our dedication to innovative theatricality, inspirational new voices and to comedies and sweeping dramas that reflect the wonderful city of Los Angeles while transporting us to places we have only imagined.”

“His choices fuel our commitment to growing and diversifying the Geffen audience. We are excited to be announcing what’s in store for 2019-20 and to continue to build on the success of our current season,” Cates said.

The Geffen Playhouse is located at 10886 Le Conte Ave.

The 2019-20 season is currently available by subscription only, but single tickets will be available this summer.

For information and to purchase a subscription, call (310)882-6533 or visit geffenplayhouse.org.

VINTAGE: Going green in the days of black and white