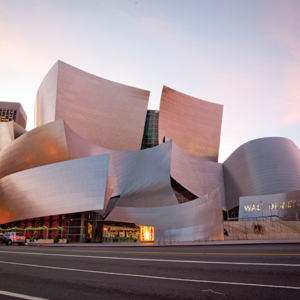 “This season, we bring together the extraordinary, multifaceted artistic personality of Gustavo Dudamel, the superb quality of our orchestra and the unsurpassed brilliance of the artists we gather around us week after week, into a thrilling landscape of the familiar, the new and the familiar looked at in new ways,” Woods said. “The LA Phil continues to step boldly into the future with intensely thought-provoking programming that brings people together not only around music, but also around ideas and issues of deep human relevance.”

A gala on Oct. 24 will mark the turning of the century, as Dudamel, Conductor Laureate Esa-Pekka Salonen and Conductor Emeritus Zubin Mehta take turns leading the LA Phil in repertoire closely identified with each, then join forces on the podium for the world premiere of a Daníel Bjarnason composition for orchestra with three conductors.

As part of the grand finale to the centennial, and launch of the second century, all three music directors will perform their own individual concerts with signature programs: Mehta with Mahler, Salonen with Sibelius, and Dudamel with a program of Beethoven’s Ninth paired with the world premiere of an LA Phil commission by Gabriela Ortiz for chorus and orchestra.

Dudamel will conduct 17 different programs throughout the 2019-20 season, in a musical spectrum that ranges from Mozart, Adams and Ginastera to Schoenberg’s vast, late-Romantic “Gurrelieder,” and a fully staged version of Sondheim’s “Sunday in the Park with George.”

Carrying forward the LA Phil’s commitment to contemporary music, the 2019-20 season will include premieres of 22 LA Phil commissions. Six LA Phil commissions from past seasons will also return, solidifying their place in today’s orchestral repertoire.

The LA Phil will continue to expand into the many communities of Los Angeles, including a series of three pre-season concerts conducted by LA Phil Assistant Conductor Paolo Bortolameolli. A Power to the People! festival, co-curated by Dudamel and William Powers & Carolyn Powers Creative Chair for Jazz Herbie Hancock, will also explore the concern for humanitarian issues that animates so much music.

“As the LA Phil begins its second century, and me, my second decade, you can see that we have reaffirmed our commitment to recognizing and respecting the past and redefining the future of classical music,” Dudamel said. “I couldn’t be prouder of this season, which is as beautiful, diverse, inclusive and eclectic as Los Angeles itself.”