Dodgers to honor pitcher Don Newcombe with patch on jersey

The Los Angeles Dodgers will honor the legacy of pitching great Don Newcombe, who died Feb. 19 at the age of 92, with a commemorative uniform number “36” patch. 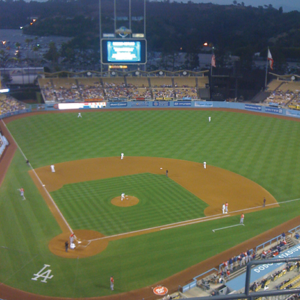 Newcombe, who along with Jackie Robinson and Roy Campanella, helped pave the way for African Americans to play in the Major Leagues, played eight years of his 10-year Major League career with the Dodgers.

“Don Newcombe played a major role on and off the field for the Dodgers and we want to honor his legacy to our organization and all of baseball by recognizing him throughout the 2019 season,” said Stan Kasten, Dodgers president.

The patch will be on the Dodger jersey beginning Opening Day.

Newcombe reached the pinnacle of his career in 1956, when he won both the Cy Young and National League Most Valuable Player awards as a Dodger. Newcombe went 27-7 with a 3.06 ERA, leading the NL in fewest-hits-and-walks-allowed per nine innings. He was named the Rookie of the Year in 1949.

The Dodgers will also honor Newcombe in pregame ceremonies on April 27, when they induct him into the Legends of Dodger Baseball and salute him with a commemorative bobblehead.

Mark your calendars for Railfest 2019 in Fillmore