BLAST Sharks, a local swim team offering professional coaching and technique instruction for swimmers of all ages, has announced an expansion to the Culver City Plunge, augmenting programs already offered at the West Hollywood Pool. 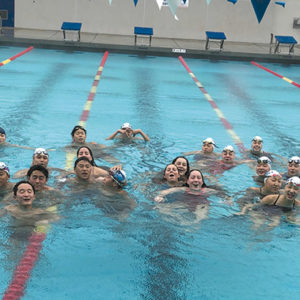 Members of the BLAST Sharks swim team learn techniques and compete
in swimming competitions. Many swimmers have gone on to competitive
programs at colleges and universities. (photo courtesy of Peter Lambert)

The expansion to Culver City will improve team stability and increase coaching and training opportunities. BLAST Sharks has also welcomed Olympian Mara Womack as a coach at the Culver City Plunge.

Year of the Pig celebrated at the Farmers Market, Grove