I’m tired. So very tired. And films like “Alita: Battle Angel” do little to quell the rage that brews in my soul at 3 a.m. when Baby B decides my chest is the only suitable bed he needs. So when I see a trailer with an array of red flags – corny visual effects, weak one-liners, creepy CGI eyes that dip too far into the uncanny valley – I still hold onto a modest hope of a brief escape into a creative sci-fi setting. 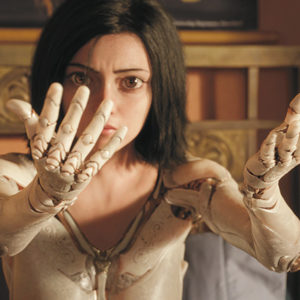 And with director Robert Rodriguez (“Sin City,” “Desperado”) and writer-producer James Cameron, watchability is hardly an impossible goal. My optimism, once again, fails me.

To start, why does every futuristic dystopia, based on manga/anime, embrace a post-racial future built on new techno-prejudices and completely remove Asian representation? Here we go again, repeating the sins of “Dragonball: Evolution,” “Death Note” and “Ghost in the Shell.” It’s almost inhuman how frequently this occurs. Alas, a combination of bad writing and systemic prejudice isn’t robotic at all but the most basic of human flaws.

Of course, this is hardly shocking from a Cameron project, considering his visual wonderland “Avatar” found a way to project the going-native white savior into another solar system. But don’t worry: If you’re a person privileged enough to still enjoy such insulting flicks, “Alita” fails in other ways too.

Execution of the premise is sloppy. Cyborgs, robotic limbs, a corrupt underbelly and – sure, why not – robo-games. Wanna learn more about this futuristic wasteland? Our cyborg Alita (Rosa Salazar) is a blank slate, entirely unencumbered by memories sure to erupt from her psyche during key moments. And she inquires about everything around her, prompting plenty of expository characters – cue heartthrob Hugo (Keean Johnson) and his checkered occupation – to fill in our battle angel and uninitiated spectators along the way. 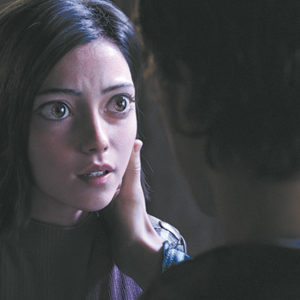 Sure, Salazar and Christoph Waltz, as Alita’s cybersurgeon Dr. Dyson Ido (he philanthropically fixes people’s cybernetic appendages), are proficient performers. But it really does take a village of A-listers, from Jennifer Connolly and Mahershala Ali to Ed Skrein and a final villain cameo (just look it up on your own), to make something so phoned in, devoid of human emotion.

What is this film? It starts as a journey of discovery, Alita enjoying every bit of her new surroundings in Iron City, including the film’s primary MacGuffin, a sky city called Zalem everyone covets. But the doc has a secret life as a bounty hunter, complete with the epic name “Hunter-Warrior.” After that, Alita wants to start a revolution to get all the have-nots to Zalem. Finally, she joins those robo-games, subbing out her normal feet for roller blades.

It then it returns to that revolution bit. Speaking of poorly thought-out moments: During a climactic confrontation, Alita realizes her foe is not the primary enemy but a “slave” to the real enemy, Nova, whose presence remains a mystery. Following this moment of clarity, Alita kills the slave in a dramatic single blow. She kills a slave. Apparently, identifying the oppression of others doesn’t come with empathy or at least an alternative to violence.

Now, let’s discuss that CGI. From trailer No. 1, Alita’s big eyes are the star. A Disney character birthed from a graphics team’s collective nightmare, those eyes will singlehandedly kill the film’s chances of reaching a wider audience. As for other digital characters, the visual design works much better in manga pages or 2D animation. Here, attempts to blend human and digital components overstep, siding with campy more than believable.

“Alita” plays like a bad video game with little concern for flow, cohesion or logic. Again, I’m tired. And films that waste a fun premise, phoning in the writing in service of visual effects, are a special kind of tired standard.

Enjoy tea and macarons at The Peninsula