Mayor Eric Garcetti has nominated Jessica Caloza to the Los Angeles Board of Public Works. Caloza, a key member of the mayor’s executive team who served in the Obama administration and has worked as an aide to several members of Congress, will bring a breadth and depth of government experience to the role of public works commissioner, Garcetti said. 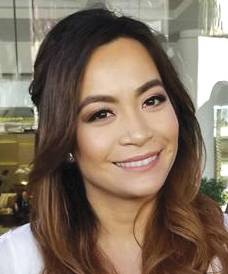 “Jessica is an experienced public policy expert with a proven record of standing up for people in our community, from advocating for students to fighting for immigrants’ rights,” Garcetti said. “She will serve Angelenos with dedication, drive and integrity on the Board of Public Works.”

Caloza has served as Garcetti’s director of scheduling since 2017, overseeing the mayor’s entire scheduling operation including strategic planning, day-to-day logistics and coordination. She served previously as deputy director of scheduling and came to the mayor’s executive office from the Office of Immigrant Affairs, where she managed policy proposals, grant programs and civic engagement initiatives focused on expanding access to resources for immigrant communities.

Prior to joining the Garcetti administration, Caloza served in the Obama administration as a policy analyst in the U.S. Department of Education, where she worked on congressional and legislative affairs, student data and privacy and gender equity issues.

She has also been a campaign aide for several members of Congress, including former Rep. Xavier Becerra, California’s current attorney general.

Outside of government, Caloza currently serves on the leadership council for the Center for Asian Americans United for Self Empowerment.

In 2014, she was also selected as one of 10 delegates for the Filipino Youth Leadership Program, an immersive leadership program led by the ambassador of the Philippines.

Caloza previously served on the boards of KAYA: Filipino Americans for Progress, the FYLPro Executive Committee and the Philippine Humanitarian Coalition.

A first-generation immigrant, Caloza is a graduate of the University of California, San Diego. Her nomination is subject to confirmation by the City Council.

Avoid the awards allure of ‘A Star is Born’