Security guard pleads not guilty in shooting of man at Walgreens

A security guard who allegedly shot and killed an unarmed victim during an altercation at a Hollywood Walgreens pleaded not guilty to a murder charge on Jan. 3 and remains in custody on $3 million bail. 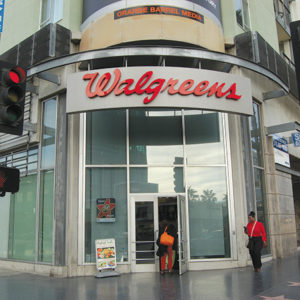 A security guard who shot and killed a man in a Hollywood Walgreens is facing a murder charge. (photo by Edwin Folven)

The defendant, Donald Vincent Ciota II, 28, of Covina, faces one count of murder with a special allegation that he used a firearm as a deadly and dangerous weapon.

Authorities said on Dec. 2, Ciota confronted the victim, Jonathan Hart, 21, inside a Walgreens at the northwest corner of Sunset Boulevard and Vine Street. Hart was homeless and he had been accused of shoplifting. A physical altercation ensued and Ciota allegedly pulled out his firearm and fatally shot Hart in the back as he ran away, prosecutors added.

Hart’s family has filed a $525 million lawsuit against Walgreens.

Media reports stated that Ciota worked for a security firm hired by Walgreens and the company ended ties with the firm after the shooting. Inquiries to Walgreens seeking were not returned.

Ciota faces a possible maximum sentence of 50 years to life in state prison if convicted.