Put on your Sunday clothes for ‘Hello, Dolly!’ 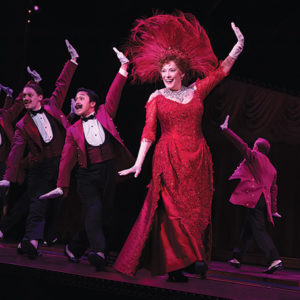 Betty Buckley, who starred in the original Broadway production of “Cats,” takes the stage at the Hollywood Pantages Theatre as the enthusiastic matchmaker Dolly Gallagher Levi in “Hello, Dolly!” (photo by Julieta Cervantes)

The musical follows matchmaker Dolly Gallagher Levi as she works to find a match for the half-a-millionaire Horace Vandergelder.

“Hello, Dolly!” is recommended for all ages. Children under five will not be admitted to the theater.

Tickets start at $35. The Hollywood Pantages is located at 6233 Hollywood Blvd. For information and tickets, call (800)982-278, or visit hollywoodpantages.com/hellodolly.

Musician to speak about breaking the color barrier