Progress made with human trafficking enforcement 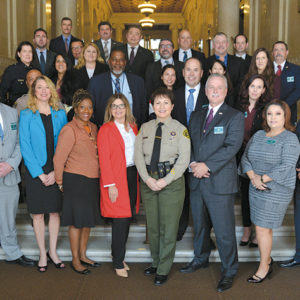 The Los Angeles Regional Human Trafficking Task Force includes investigators from agencies throughout the county. They joined with counterparts throughout California for Operation Reclaim and Rebuild. (photo courtesy of the LASD)

Victims encountered during enforcement efforts were cared for by personnel from children and family services agencies and victim service providers.  In Los Angeles County, the nonprofit Coalition to Abolish Slavery and Trafficking and Saving Innocence coordinated the emergency services response for victim care.

“Don’t do business in Los Angeles County or the state of California because we will find you and prosecute you to the fullest extent of the law,” Gutierrez said. “To the johns, ‘sex with a minor is nothing short of child molestation and we aim to treat it as such. Buying sex adds to the exploitation of those involved.’”