The Los Angeles Museum of the Holocaust presents the new exhibition, “Dora: Discovery and Despair,” on view from Jan. 13 to March 29. 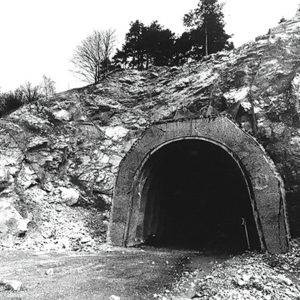 This exhibit features evocative photographs and precious artifacts from the little-known World War II slave labor camp of Mittlebau-Dora. This is the first time Los Angeles has hosted this exhibit, and it is the last opportunity to view the artifacts before they are returned to the Mittlebau-Dora Museum in Germany.

In 1943, the Nazis brought prisoners from Buchenwald to the southern Harz mountainside near Nordhausen, Germany, to begin construction of what would become the world’s largest underground factory. Mittelbau-Dora became the model for several secret and unrealistic underground industrial complexes that the Nazi leadership planned in reaction to the Anglo-American strategic bombing offensive. Sixty thousand prisoners labored to build the V-1 and V-2 missiles; more than one-third perished.

Dynamited and sealed after the war, the site of the factory was inaccessible until after Germany’s reunification in 1990.

In 1994, Alvin Gilens, a veteran photographer of Holocaust memorials and sites, was invited by Mittelbau-Dora to document the remains of the camp and factory. The exhibition of his interpretive photographs opened in 1995 at the Meyenberg Museum in Nordhausen, Germany, on the 50th anniversary of the liberation of the camp.

The traveling exhibit includes Gilens’ original photographs, as well as artifacts unearthed from the tunnels.

Tickets for the reception are free, but seats are limited and must be reserved in advance.

The Los Angeles Museum of the Holocaust is located at 100 The Grove Drive. For information and reservations, visit lamoth.org.