Los Angeles County District Attorney Jackie Lacey has announced a new executive management team that will work alongside her to attain the goals of her administration and maintain the office’s standing as a national leader among prosecutorial agencies. 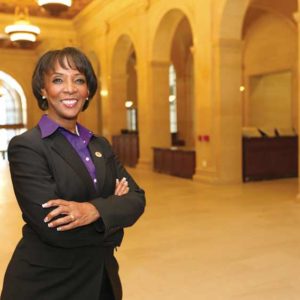 In assembling her new team, Lacey focused on the leadership and expertise demonstrated by each person and the diversity within her office.

“My newest executives will continue to provide strong leadership to safeguard the public’s trust as we prosecute violent crime and manage the nation’s largest local prosecutorial office,” Lacey said. “Besides their dedication to public safety and high ethical standards, these individuals also represent the rich diversity of the people who we serve.”