The Wallis Annenberg Center for the Performing Arts presents the West Coast premiere of excerpts from the first collaboration between the Chicago-based company Hubbard Street Dance Chicago, a major force in contemporary dance, and Grammy Award-winning Third Coast Percussion with three performances Jan. 10-12 at 7:30 p.m. 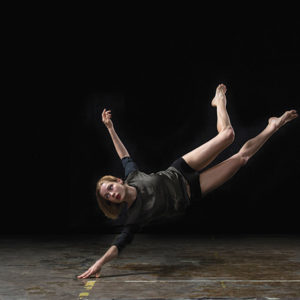 Hubbard Street Dance Chicago, which features dancer Emilie Leriche (above), will perform pieces choreographed by Emma Portner and Teddy Forance at The Wallis. (photo by Quinn B. Wharton)

The new works, both by Los Angeles choreographers, include “For All Its Fury” by Emma Portner, who gained international attention for her video and tour choreography for Justin Bieber, and “Everything Must Go,” by Teddy Forance, whose work has been featured on the television show “So You Think You Can Dance.”

The works feature a powerful score by British singer, songwriter and composer Devonté Hynes, also known as Blood Orange, which will be performed live on stage by Third Coast Percussion. The highly regarded quartet of classically trained percussionists also performs a solo interlude by Hynes.

Additionally, Hubbard Street will perform three works from its established repertoire, including “Ignore,” an excerpt from “Decadance/Chicago,” choreographed by Ohad Naharin for Hubbard Street and premiered by the company in June 2018. Featuring five female dancers and set to the music of Arvo Pärt, it includes spoken word by Bobbie Jene Smith.