A diverse year of genre films

In an act of journalistic transparency, raising twins greatly cut into my free time, so a top 10 list just isn’t an option. Both access and my temperament for the latest faux comedy that’s actually depressing worked against me. So I opted for more genre films, those magical sci-fi, horror, high-octane obscure flicks that provide a glimpse beyond Donald’s idiot wall. The result: I present you a fair and balanced list of the best genre films from 2018. 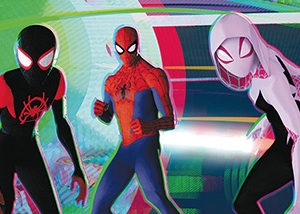 From “Ralph Breaks the Internet” to “Isle of Dogs,” animation shined, but one cast a large shadow over all the competition. Yes, “Spider-Man: Into the Spider-Verse” is all that and more. The Golden Globe winner for animated feature best keep going strong at awards shows. None other compare.

Spike Lee’s “BlacKkKlansman” is a special kind of comedy, bleak at points, awkward at others, flat-out audacious most of the time. But it concludes with a sequence of Donald Trump’s racist remarks. A profound and necessary sequence, but not exactly comedy. “Spider-Verse,” however, dabbles in emotional authenticity but knows when to drop a good joke. With a cast that includes “New Girl’s” Jake Johnson, comedian John Mulaney and the mighty Lilly Tomlin, and a screenplay by Phil Lord (“21 Jump Street,” “How I Met Your Mother”), this stacked film topples the rest in laughs and heart, the primary ingredient that distinguishes good comedies from cynical ones.

Few movies go full nerd, a primary ingredient of any worthy science fiction film. “Annihilation” hits all the marks with a third act both intriguing and wildly outlandish. But another film features a robotic-tentacled mad scientist, enhanced humans and a team of heroes uniting from across multiple dimensions. I commend “Annihilation,” especially for a killer film score, but “Spider-Verse” is a sci-fi dreamscape. Plus, it gives me hope another version of Earth exists without an imbecile running the country, and that’s the real marvel of this genre: worlds with endless, better possibilities. 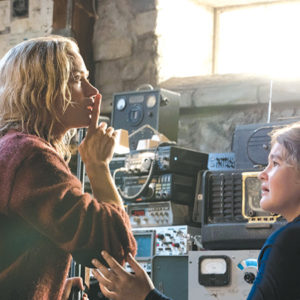 Evelyn (Emily Blunt) and Regan (Millicent Simmonds) must remain quiet so they don’t alert monsters in “A Quiet Place,” one of the best horror movies of the year. (photo courtesy of Paramount Pictures)

A woman sawing off her own head and John Krasinski unable to use quirky “Office” one-liners amidst aliens quick to attack the slightest sound – 2018 overflowed with amazing horror films, but I can’t stop thinking about creepy villain the Prowler (Mahershala Ali) from “Spider-Verse,” who now cameos in my nightmares. Normally, it’s just me naked, trying to recite lines I didn’t memorize for a play. Now, it’s the Prowler chasing my still naked butt through the aisle of that playhouse.

The sixth “Mission: Impossible” is another incredible blockbuster feat, complete with stunts performed by Tom Cruise, who refuses to grow old. And yet, the seventh “Spider-Man” film is a stylistic masterpiece, taking visual time during every action sequence to remind us just how grandiose, spectacular, uncanny comic book fights can get.

“To All the Boys I’ve Loved Before” had us all swooning over Noah Centineo as teen dreamboat Peter. But did anyone doubt the inevitable relationship once Lara Jean (Lana Condor) got over her hangups?

Two cuties I still ship: our new favorite Spidey Miles (Shameik Moore) and Gwen (Hailee Steinfeld), who must find a way to make their relationship work from across the multiverse. Those are some real obstacles.

Runner ups: “To All the Boys I’ve Loved Before,” “Love, Simon”

“Mandy,” “Revenge” and a host of other films dumped in the horror category actually belong in the 1970s exploitation genre for their hyper-violence, stylistic excess and tactical use of a minimal production budget. Please! “Spider-Verse” had less than half the budget of the average superhero film and a mountain of critical and audience skepticism going against it. Still, it proved to be more than the B-movie everyone predicted.

I loved “Black Panther,” but I must admit to enjoying “Avengers: Infinity War” far more. I watch it so much my patient wife is ready to snap her fingers and see if I dust. But once “Spider-Verse” releases on Blu-ray, my boys and I will give that gorgeous woman a real infinity war.

A bunch of Spider-peeps take on crime boss Kingpin (Liev Schreiber), who puts all of Earth in jeopardy. Plus, Nick Cage voices Spider-Man Noir, an homage to classic crime stories. Joaquin Phoenix’s gritty flick might be awesome. Who knows? (Besides all you twinless muggles out there.) But “Spider-Verse” is all about crime fighting, and I need to see that film again, like right now.

Runner up: probably “You Were Never Really Here”