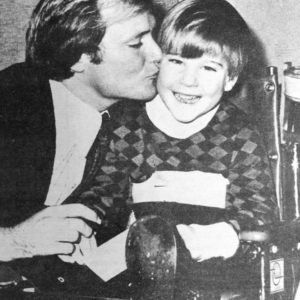 Rams quarterback Pat Haden, who lived in Burnside Towers in Park La Brea, served as chairman of the 1977 Crippled Children’s Society campaign, and posed for a photo with 6-year-old George Vick, the campaign’s posterboy that year, in the Feb. 10, 1977, issue of the Park Labrea News. The Crippled Children’s Society, which has since been renamed Via Services, served 15,000 children with disabilities at the time.

Hollywood project does nothing to help the homeless