Many restaurants are ahead of the curve when it comes to plastic straw use. In a unanimous vote by the Los Angeles City Council on Dec. 5, plastic straws will only be available by request in all restaurants by October 2019. 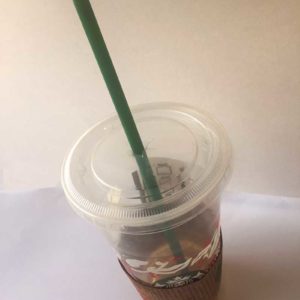 Canter’s Deli and Du-Par’s Restaurant and Bakery both made plastic straws only available by request months before the city’s announced ordinance.

“We have stopped offering straws since September,” said Frances Tario, president and CEO of Du-Par’s Restaurants and Bakeries. “Some customers still ask for them, [but] we have found more people not interested in using a straw.”

Marc Canter, co-owner of Canter’s Deli, said his restaurant made the switch to distributing plastic straws by request about six months ago. He and Tario cite the adverse environmental impact of plastic straws as what moved them to limit the items’ availability. For instance, researchers from the University of Exeter, Plymouth Marine Laboratory and Greenpeace Research Laboratories recently published a study in the Global Change Biology journal in which they found plastic in the gut of every sea turtle that they examined.

“There has been a lot of talk about the damage that plastic straws cause for wildlife,” Canter said. “So that is why we made that change.”

“There are more straws at sea instead of our beautiful fish,” Tario added.

The ordinance will make plastic straws available on request for all businesses with 26 employees or less starting on Earth Day 2019, April 22. All other restaurants will have to comply starting on Oct. 1, 2019.

“The unanimous vote sends the signal that we are serious about slowing or eliminating the detrimental effects of plastics in the environment,” said Councilman Mitch O’Farrell, 13th District, who spearheaded the initiative. “It also serves as a motivator for the industry to act faster than the law requires and invest in environmentally sustainable products.”

By 2021, Los Angeles plans to completely phase out plastic straws. Restaurants have already begun the search for alternatives too. Canter’s and Du-Par’s are looking into paper straws. Tario said she has also seen more patrons bring in their own reusable straws as well, and is also considering selling reusable metal straws.

Pink’s Hot Dogs hasn’t yet made the switch to plastic straws by request only, but Richard Pink, co-owner of the hot dog stand, said the change will come once the eatery runs through the supply of plastic straws that it has left, which Pink expects will be by the first of the year.

“Even if there wasn’t the law, we would probably be changing to paper straws,” Pink added. “We’ve very environmentally friendly … The customers appreciate it and fewer turtles are harmed as well.”

Once the plastic straw supply runs its course at Pink’s, the stand will use only paper straws, which Pink found to be the best choice of all the alternatives, which can include metal, glass and pasta, for his business.

All three restaurants are also grappling with the other plastic items they offer, such as cups and bags. Du-Par’s has already moved to paper cups and transitioned from using plastic bags to a paper alternative for 25 cents. Canter’s still relies on plastic cups, but has begun using more paper cups as well. Similarly, at Pink’s, plastic cups continue to be used, but Pink expects that will change as well.