Los Angeles City Attorney Mike Feuer brought together state, county and city law enforcement officials on Dec. 10 to remind the public about the dangers of impaired driving, especially during the holidays. 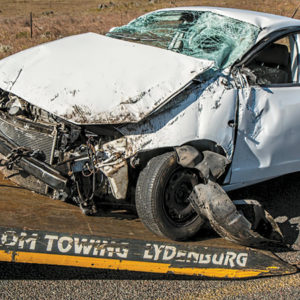 Law enforcement authorities warned about the dangers of driving while impaired, including collisions that can injure or claim lives. Authorities specifically cautioned against using marijuana and driving. (photo courtesy of pxshere)

Feuer held a press conference downtown on DUI enforcement with new Los Angeles County Sheriff Alex Villanueva, Los Angeles County District Attorney Jackie Lacey, California Highway Patrol Assistant Chief Omar Watson and LAPD Commander Beverly Lewis. Authorities stressed that because marijuana has been legalized since the last holiday season, drivers may not be aware of the consequences of getting behind the wheel while impaired by cannabis. Marijuana DUI cases carry the same penalties as alcohol-related offenses. First-time offenders convicted of misdemeanor DUI can face thousands of dollars in fines, classes on the dangers of alcohol and drug use, and higher insurance rates. Those convicted of felony DUI, where someone is injured, could additionally face jail time.

“We have long known that alcohol and driving can be a lethal combination. Using cannabis and driving can be equally deadly,” Feuer said. “That’s why being an impaired driver is against the law, and why we and our law enforcement partners take these violations so seriously.

“Each holiday season, we in law enforcement gather together in hopes of saving lives,” Lacey added. “We repeat the same warning. Do not get behind the wheel if you have been drinking. This year, we’ve expanded that traditional warning. [The] message is, do not get behind the wheel of a vehicle if you have been drinking or using drugs – whether they are legal or illegal.”

Villanueva and Lewis warned that extra patrols, checkpoints and other operations targeting impaired drivers will be conducted during the holidays. While it is still too early for statistics on the prevalence of DUI cases involving marijuana versus alcohol impairment, the law enforcement officials said personnel have seen an uptick in cases involving driving under the influence of cannabis.

The sheriff’s department, LAPD and CHP use officers and deputies specially trained to recognize the effects of cannabis or drug impairment. Drug recognition experts are generally deployed as part of DUI checkpoints or saturation patrols and can quickly be summoned to determine whether someone has smoked or ingested cannabis or other drugs.

Villanueva and Lewis said their departments are in the process of training more drug recognition experts to meet the growing needs of enforcement related to cannabis. Villanueva said there are generally two drug experts assigned to each sheriff’s station, and the goal is to have two assigned during every shift. The LAPD has drug experts assigned to each of its traffic enforcement divisions and is in the process of training more experts.

“This holiday season, the Los Angeles County Sheriff’s Department, along with all our law enforcement partners, remind Angelenos that impaired driving is not just illegal, it puts the lives of everyone in Los Angeles County at risk,” Villanueva said. “Make the right decision to ensure a safe and festive holiday season for yourself, your family and your community.”

Lewis said the availability of ride-hailing services provide new options for not driving after drinking or using cannabis.

“We will be deploying additional resources, saturation patrols and DUI checkpoints,” Lewis said. “If you drive under the influence of marijuana, you will be arrested. LAPD will be watching the roadways to keep the community safe.”

Watson said the CHP anticipated an increase in cannabis-related DUIs based on evidence in Colorado and other states where marijuana was legalized and has deployed more specially trained officers to combat the trend.

“There are tests we can do to determine if someone is under the influence of marijuana,” he said, adding that any amount of cannabis used could be sufficient to impair a driver. “We encourage the use of public transportation and ride sharing or a true designated driver this holiday season.”

Feuer announced that his office has received a $715,961 grant from the California Office of Traffic Safety to expand his office’s prosecution of impaired drivers in 2019. The state grant was provided with funding from the National Highway Traffic Safety Administration.

Lacey added that driving while impaired can result in serious injury and death. She added that the goal is to prevent holiday tragedies.