I watched Netflix’s six corny Christmas movies so you don’t have to (OK, maybe check one out)

The Lifetime movie is dead. Long live the Lifetime movie. Once Will Ferrell and Kristin Wiig sincerely starred in cable TV monstrosity “A Deadly Adoption” – no jokes, only a sincere attempt at low-grade melodrama – it was time to declare a time of death for terrible scripts and excessive schmaltz. Apparently Netflix had different plans. 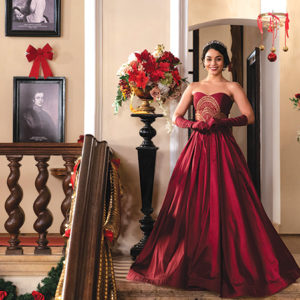 Vanessa Hudgens as Stacy De Novo pretending to be Lady Margaret in “The Princess Switch.” (photo courtesy of Netflix)

Before this year, we only had two contributions: “A Christmas Prince” and “Christmas Inheritance.” This month, add four more to the menu: “The Holiday Calendar,” “The Princess Switch,” “The Christmas Chronicles” and a sequel, “A Christmas Prince: The Royal Wedding.” Fret not. I embarked on a journey through charming princes and CW stars earning some extra coin in the off-season so you don’t have to.

Tacky credit fonts, condescending voiceovers, trite music scoring, bad props, noticeably cheap production. If it walks like a duck, talks like a duck, it’s a bad Christmas film that gives weight to the Grinch’s original mission, featuring a romantically inept career woman who just needs a man. Her knight in shining armor is either a townie or actual prince.

In one painful moment, a wolf attack in “A Christmas Prince” transforms Amber (Rose McIver of CW’s “iZombie”) from reporter and go-getter to damsel, all in preparation for a new life as princess, no longer in need of a job (of course Mr. Dreamy claims he’ll support her every career goal though). That’s basically “Beauty and the Beast,” an awkward Stockholm syndrome film in which Belle moves beyond the adventures she enjoys in beloved books to marriage, the greatest adventure of all. How delightfully domestic.

Frankly, this is all Disney’s fault. Trading places, mistaken identities, snobby royalty with a heart of gold and royalty overload, normally depicting a prince from a small fictional nation. In some poorly lit Burbank office, a team of writers must sacrifice a reindeer to get their inspiration from their deity Krampus for all this, while a festively dressed Cobra Commander maniacally strokes his pet minx. “Good, good,” he says, cackling with the same vibrato as the Predator. 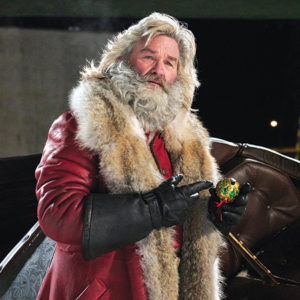 Kurt Russell as Santa Claus or St. Nick, (he’s OK with both) in “The Christmas Chronicles” is actually quite funny. Or it could’ve been the egg nog I enjoyed while watching. (photo courtesy of Netflix)

“Peasant” is sincerely lobbed at non-royalty in “A Christmas Prince,” while the heroine of “Christmas Inheritance,” CEO-in-training Ellan Langford (Eliza Taylor of CW’s “The 100”), can’t figure out how to order a stiff drink on a Greyhound. The goal is to create out-of-touch characters humbled by small-town heroes, but my cringing has more to do with writing than any tone-deaf displays by spoiled protagonists.

For all my justifiable ire, this experiment did not kill my love for the season, care for family or addiction to melodramatic narratives. In fact, I remain an eternal optimist about whatever I choose to watch. Some charm even shines through these walking Hallmark cards. Kurt Russell’s take on St. Nick warms my heart. And if you watch his film “The Christmas Chronicles” as a prequel to “The Gremlins,” the CGI worker elves feel less peculiar and more self aware (especially the one who’s disappointed he can’t use his tiny chain saw).

Vanessa Hudgens, of “High School Musical” fame, might ham it up playing a Chicago baker and duchess doppelgänger, but “The Princess Switch” is hardly the worst way to spend a cold day. Most of these Christmas films are relatively watchable to a point. That is until the third act wraps things up too neatly.

Ron Cephas Jones as Gramps in “Calendar” is delightful. Andie MacDowell in “Inheritance” is a welcome sight. Alice Krige is a fitting Queen Helena in both “Prince” flicks. And, oddly enough, “Chronicles” peppers the entire film with delightful performances: Kimberly Williams-Paisley as the mom, Vella Lovell (Heather in CW’s “Crazy Ex-Girlfriend”) as hostess Wendy, Lamorne Morris (“New Girl”) as Officer Jameson and Martin Roach as a police officer here and a sheriff in “Inheritance.” (A couple other cameos occur, too, but mum’s the word.)Cheap holiday films certainly have an audience. Not me. I love endearing Christmas from “Elf” and “A Nightmare Before Christmas” to “White Christmas” and “Die Hard.” But this new lot on Netflix is a combination of cute and tiresome. OK fine. Just watch “The Christmas Chronicles.” It’s hardly amazing but should keep you off the naughty list.