‘Glee’ star takes the stage at The Wallis in Christmas concert

The Wallis Annenberg Center for the Performing Arts hosts “Glee” actress Amber Riley in the concert “What Christmas Means to Me” in The Sorting Room on Saturday, Dec. 22, at 7 and 9 p.m. 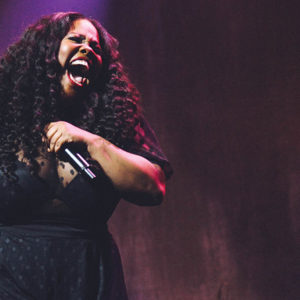 This one-night-only show will feature Riley with a six-piece band performing holiday classics. A star-studded lineup of vocalists will accompany her.

Riley is best known for her role as Mercedes Jones in “Glee.” She can currently be seen on the big screen in Tyler Perry’s “Nobody’s Fool,” with Tiffany Haddish, and Whoopi Goldberg. Riley also starred as Effie White in the UK premiere and West End debut of “Dreamgirls,” for which she won the Olivier Award for Best Actress in a Musical.

The Wallis is located at 9390 N. Santa Monica Blvd. For information and tickets, visit thewallis.org.