After more than a year of speculation, CBS Television City, home to “The Price is Right,” “All in the Family” and countless other shows that shaped television history, will be sold to Hackman Capital Partners for $750 million, the companies announced on Dec. 10. 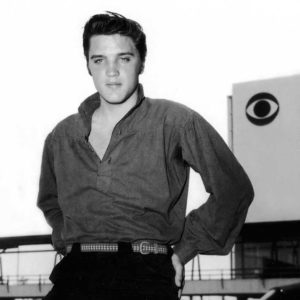 Elvis stopped by Television City for a 1956 appearance on Ed Sullivan. (photo courtesy of CBS)

“The acquisition of the legendary Television City will add another crown jewel to our portfolio,” said Michael Hackman, CEO of Hackman Capital Partners. “We have had great success modernizing and transforming real estate into state-of-the art facilities for notable media, entertainment and content creation companies. With a tremendous operations team already in place, we envision an exciting future for this storied production studio.”

But Hackman, an L.A.-based real estate investment and operating company, does not yet have plans for the site’s long-term future. The company owns local properties including the Culver Studios, the Culver Steps, 5500 Jefferson Blvd. and Coral Circle, which are office, retail or industrial spaces. Media reports emerged in October that Hackman and CBS were close to reaching an agreement on the sale of Television City, which opened in 1952.

Joseph Ianniello, president and acting CEO of CBS Corporation, said in a statement that the sale will increase the network’s “financial flexibility,” allowing it to further invest in content creation.

“We will be transitioning this venerable site to a new owner who is committed to its legacy as both a cultural landmark and modern production facility,” he said. “Hackman Capital has demonstrated terrific stewardship of classic properties, including their development of the landmark Culver Studios.” 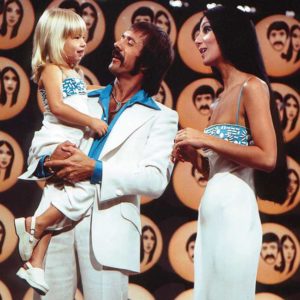 Sonny and Cher at Television City in 1974. (photo courtesy of CBS)

CBS programs including “The Late Late Show,” “The Price is Right” and “The Young and the Restless” will continue production at Television City for at least five years, according to the announcement by CBS and Hackman. CBS already uses a 40-acre Studio City campus as its main production facility, and has been leasing space in the Television City campus to other networks for productions including HBO’s “Real Time with Bill Maher” and ABC’s upcoming “American Idol” reboot.

Scott Grogin, a CBS spokesman, said the network is not commenting beyond the news release.

In a followup email, Audrey Hackman, a media contact for Hackman, said “we foresee Television City having an exciting future as a world-class production studio.”

“At this time we do not have any plans other than continuing to operate the existing studio,” Hackman said.

“The $750 million question is what are they going to propose to build and what will the city allow them to build?” Yaroslavsky said this week.

If Hackman intends to build, Yaroslavsky said the city should prioritize residential development instead of allowing more commercial space in an area already besieged with retail, most notably at The Grove. Traffic mitigation and preserving Television City’s sound stages, to support L.A.’s “hometown industry,” should also be high priorities when the city considers proposals for the site, he added.

In response to concerns by longtime residents and local leaders about maintaining the site’s history, the Los Angeles City Council approved historic-cultural monument status for Television City in June, which allows for city review of proposed changes to the interior and exterior, or for demolition.

“That will help guide, give direction to any proposed changes,” said Adrian Scott Fine, director of advocacy for the nonprofit L.A. Conservancy, who said the designation covers approximately 14 of Television City’s 25 acres to preserve the campus’ historic integrity.

Designed by architectural firm Pereira & Luckman, Television City is located on Beverly Boulevard on a plot of land that used to have an oil field, followed by a football field and racetrack. Gilmore Stadium, which used to be located on the property, hosted auto racing and football games from multiple levels, including an NFL game between the Detroit Lions and Green Bay Packers in January 1936. Lead designer Gin Wong, known for other local landmarks such as the Union 76 gas station on North Crescent Drive in Beverly Hills, helped produce the walls of glass and unornamented stucco, with an interior that had walls flexible enough to be moved to accommodate a wide range of production needs.

Los Angeles City Councilman David Ryu, 4th District, lauded the council’s approval of Television City’s historic-cultural status after the vote was taken, citing the history and current demand for sound stages. Mark Pampanin, Ryu’s spokesman, said the councilman does not yet have any comment on the sale. A spokeswoman for Councilman Paul Koretz, 5th District, did not respond to a request for comment.