John Lennon once described Los Angeles as “a big parking lot where you buy a hamburger for the trip to San Francisco.”

But a drastically reduced need for parking spaces, an increase in residents who forgo car ownership and the elimination of jobs for drivers are a few of the potential changes on the horizon for large cities worldwide. 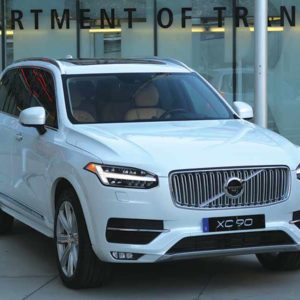 In the new year, the Beverly Hills City Council wants the city’s Planning Commission to start vetting future infrastructure needs and other imminent changes facing the city as a growing number of autonomous vehicles take to the streets.

“We as a city have to think about all the changes this is going to bring,” Mayor Julian Gold said during a Dec. 11 City Council study session.

A presentation from Andy Cohen, co-CEO of Gensler, a design, architectural and planning firm, highlighted the changes spurred by autonomous vehicles that cities are beginning to take into account. An influx of driverless delivery trucks could be five to seven years away, followed by the elimination of 6 million taxi and truck driver jobs that could be eliminated 10-15 years from now. The impacts are projected to be far reaching.

Companies are starting to form alliances to get a headstart in the burgeoning marketplace facilitated by autonomous vehicles. Earlier this year, for example, Google’s self-driving car project Waymo partnered with Walmart for a pilot project in Phoenix that allows customers to order groceries on the store’s website and get a ride to Walmart in a Waymo vehicle to collect the groceries. Waymo also has partnerships with AutoNation and Avis Budget Group to offer Waymo vehicles to their customers who are having vehicles serviced, or as a first- and last-mile solution for dropping off and picking up rental vehicles.

Gold also said the city needs to understand infrastructure needs of the future to avoid making plans in the short-term that could become obsolete before long. Councilman Robert Wunderlich said the city’s future infrastructure should accommodate more than autonomous vehicles.

“We have to remember that the autonomous vehicle is not the goal,” he said. “The goal is a people-friendly city.”

Vice Mayor John Mirisch mentioned the recognition Beverly Hills has received for its walkability, including a “very walkable” rating by the website Walk Score.

“That is something we want to continue to improve upon,” he said.

“As an employment center and tourist destination, Beverly Hills has more than its share of regional traffic,” Mirisch said at the time. “Many traffic, safety and parking problems can be solved with [autonomous vehicles], especially when used as a form of public transportation. Perhaps most importantly, autonomous vehicles have the potential to democratize public transportation by creating an efficient, first-choice system of mobility that Southern Californians use because they want to, not because they have to.”