Thankful for a place to call home

There is no place like home for the holidays. That is the goal of Court Appointed Special Advocates of Los Angeles – to bring the wishes of the foster children it serves a home not just for the holidays, but every day. 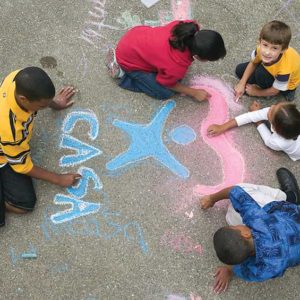 More than 1,000 of the 30,000 children in the child welfare system in Los Angeles County receive one-on-one advocacy provided by volunteers of the Court Appointed Special Advocates of Los Angeles. (photo courtesy of Spelling Communications)

“The holidays can be extremely challenging for the children we serve,” said Wende Nichols-Julien, CEO of CASA of Los Angeles. “Some may be in group homes or in centers with many other children, and many are separated from their families.”

The 40-year-old organization assists more than 1,000 of the 30,000 children in the child welfare system in Los Angeles County with one-on-one advocacy. CASA volunteers, according to the CEO, provide a crucial support for foster children, many of whom have suffered abuse and neglect, as they navigate through court cases and look for permanent housing and family placement.

Work for CASA can involve providing mentorship and emotional support during court hearings, and writing reports on mental health and signing off on educational requirements.

“Often, the children we serve don’t have any consistent relationships with any other adults,” Nichols-Julien said. Volunteers, as a result, become like family to the foster children.

This holiday season, CASA of Los Angeles hopes to take its services one step further with a wish list hosted on Amazon. People can visit the public page online and choose from a range of gifts, from toys, books and gift cards, to makeup, games and laptops, that will be later hand-delivered to the children involved with CASA.

At the heart of the holiday gift drive is an effort to bring “some sense of normalcy” to foster children, who often have incarcerated parents, and face frequent moves and other destabilizing forces, Nichols-Julien said.

CASA of Los Angeles has held holiday toy drives previously, but Nichols-Julien said the organization was often underwhelmed by the results. As a result, the CEO opted this year to take a more “proactive stance” with technology. Pulling together items that proved popular from gift drives in the past, as well as more specific requests provided by CASA volunteers, the organization crafted a list featuring over 50 different items ranging in cost from $2.99 to $319.

The gifts will be delivered to CASA of Los Angeles’ main office in the Edelman Children’s Court in Monterey Park, where will they will be later handed out to CASA volunteers at an annual holiday party the organization will host on Nov. 27 to express gratitude for all who help its mission. The volunteers will then present the gifts to the children they work with during one-on-one meetings.

“The idea of these children being our children is really important to me,” Nichols-Julien said. “This is how I would want my own children to be treated.”

Beyond the wish list, the CEO emphasized that volunteering for CASA of Los Angeles would also help the program immensely.

“We have so much gratitude for our volunteers, whose work often can be years-long,” she said. “They really make an impact on these children as they help them maneuver a really challenging system.”

To join CASA of Los Angeles as a volunteer, candidates must attend either an in-person information session or webinar. The organization will host an upcoming session in the West Hollywood Library Community Room, 625 N. San Vicente Blvd., on Dec. 8 from 11 a.m. to 12:30 p.m. For others way to get involved, visit casala.org.