Greenway Arts Alliance presents “The Color Purple,” which will play at the Greenway Court Theatre from Nov. 9 through Dec. 9. 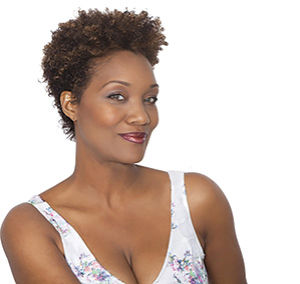 “The Color Purple” is a family saga that tells the unforgettable story of a woman who, through love, finds the strength to triumph over adversity and discover her unique voice in the world. This musical adaptation of Alice Walker’s Pulitzer Prize-winning novel (and the popular 1985 Steven Spielberg film) spotlights Celie, a downtrodden young woman whose personal awakening over the course of 40 years forms the arc of this epic story.

With a joyous score featuring jazz, ragtime, gospel, African music and blues, “The Color Purple” is a story of hope, a testament to the healing power of love and a celebration of life.

The Tony Award-winning musical features a book by Marsha Norman and music and lyrics by Brenda Russell, Allee Willis and Stephen Bray. Directing and choreographing the cast of 15 is NAACP Theater Award-winner Jeffrey Polk.

“I’m so proud of this stellar cast that we put together – all local and within our community – including the immensely talented Carol Dennis, Lynette DuPree, April Nixon and Aaron Braxton,” Polk said. “Together we will tell the story of ‘The Color Purple’ through Alice Walker’s novel as we give it the music and life to move the audience. The intimate theater will let you feel that you are right there, so you can see the actors’ eyes and experience their journey with them.”

“The Color Purple” premiered at the Alliance Theatre Company in Atlanta, Georgia, and opened on Broadway on Nov. 1, 2005. It was nominated for 11 Tony Awards, including Best Musical, Best Book and Best Original Score. The London off-West End production opened on Broadway in 2015, winning the Tony Award for Best Revival of a Musical.

The performance schedule is Fridays and Saturdays at 8 p.m., and Sundays at 4 p.m. General admission tickets are $40, and student and senior tickets are $20. Subscription and single tickets are available at greenwaycourttheatre.org/thecolorpurple.

Pop Art works at the Broad