Actresses Jane Kaczmarek and Kate Burton will star in a special reading of the play “Kindertransport,” by Diane Samuels, on Sunday, Nov. 11, at 2 p.m. in the Bram Goldsmith Theater at the Wallis Annenberg Center for the Performing Arts in Beverly Hills. 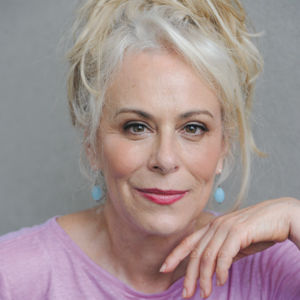 Actress Jane Kaczmarek will star in a reading of the Holocaust story “Kindertransport.” (photo courtesy of The Wallis)

The performance is presented by Los Angeles Museum of the Holocaust and The Wallis. It is part of the museum’s commemoration of the 80th anniversary of the first Kindertransport, in which Jewish children were rescued from the Nazis.

Initially performed in 1993, “Kindertransport” is fictitious but based on the stories of many real survivors. Kindertransport, translated as Children’s Transport, was a rescue mission that enabled 10,000 Jewish refugee children to escape from Nazi-occupied territories to Great Britain and other countries such as Switzerland and Sweden from 1938-39. The first Kindertransport train left a Berlin station with approximately 200 children in December 1938. Children were often the only members of their families who survived the Holocaust.

In addition to Kaczmarek and Burton, actress Barbara Bain, known for her role in the TV series “Mission Impossible,” will join the cast with Samantha Ressler, Maya Brattkus and David L.M. McIntyre. Kaczmarek starred in the U.S. premiere of “Kindertransport” in New York, winning an Ovation Award, and in the debut Los Angeles production of the play.

Tickets start at $25, with a portion of proceeds benefiting the Los Angeles Museum of the Holocaust. The Wallis is located at 9390 N. Santa Monica Blvd. For information, call (310)746-4000, or visit thewallis.org/kindertransport.

Learn about Native American heritage and culture at the Autry