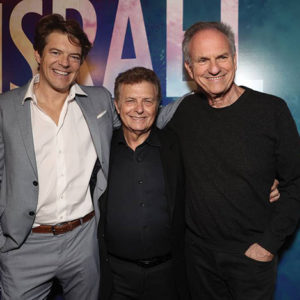 For 32 years, the Israel Film Festival in Los Angeles has presented more than 1,000 feature films, documentaries, television dramas and short films to close to one million filmgoers and brought hundreds of Israeli filmmakers to the U.S. to share their art.

Festival screenings will continue to show at the Ahrya Fine Arts Theatre in Beverly Hills and the Laemmle Town Center 5 Theatre in Encino through Nov. 20.  More than 40 films are scheduled to play the festival and over 25 Israeli filmmakers, actors and executives are in Los Angeles in support of their work.  Moviegoers are invited to explore the best of Israeli cinema at the festival and learn for themselves the stories and cultural expressions of others.