President Donald Trump has yet to acknowledge the Beverly Hills students, parents and teachers who have been calling for him to stop construction of a subway tunnel underneath Beverly Hills High School, but a Republican congressman from Indiana has taken an interest. 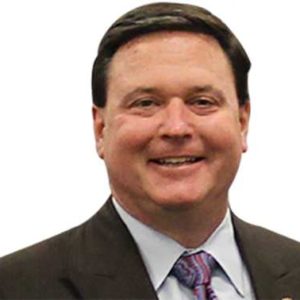 Rep. Todd Rokita (R-Ind.) spoke at a Beverly Hills PTA council meeting on Oct. 25. After meeting Board of Education President Lisa Korbatov earlier this year, he visited the campus and said he’d lend his support in the district’s eleventh-hour fight against the Los Angeles County Metropolitan Transportation Authority’s Purple Line Extension route underneath the high school.

“After his tour of the site and staging area at our fence line, he expressed dismay and concern about the planned route through the methane zone on the campus and the staging areas location that poses significant impacts to health and welfare,” Korbatov said via email. “Congressman Rokita offered to help and raise the district’s concerns with the administration including the secretary of transportation.”

It’s unclear what difference Rokita, who is stepping down at the end of his current term, can make in the district’s fight against Metro’s planned subway route. School board member Mel Spitz said he “wasn’t clued in” to the congressman’s visit, and “[didn’t] understand at all what he was doing there.” Metro has repeatedly said it can construct the tunnel safely. Lawsuits by the Beverly Hills Unified School District and city of Beverly Hills over the past several years have resulted in Metro having to redo a portion of its environmental impact report, but the planned route remains intact. The City Council has turned its attention toward completing a memorandum of agreement with Metro over construction monitoring and mitigation near the high school and other Metro construction areas in Beverly Hills.

Concerns about oil wells in the ground, noise and vibrations from construction, and air pollution are among the reasons the school district wants the route changed, even with the environmental study affirming Metro’s ability to build the tunnel while keeping those side-effects within state and federal thresholds and keeping the school community safe.

Mary Owens, a spokeswoman for Rokita, said the congressman has toured more than 100 schools as chairman of the Subcommittee on Early Education, Elementary and Secondary Education.

“Anyone who claims to be concerned about our children’s health and safety should join the congressman and the Beverly Hills School District in calling for a moratorium on construction until a new environmental impact study is completed and a new route is found,” she said.

Owens added that the Department of Transportation could halt federal funding of the Purple Line Extension until all parties agree on a route, but the likelihood of that possibility is unclear. She also said Rokita thinks a proposed Santa Monica Boulevard alignment that had been considered would be a viable option, even though it had been rejected because of an overlapping earthquake fault zone.

Metro spokesman Dave Sotero issued a statement earlier this month that said Metro “would not build a project that would jeopardize anyone’s safety.”

“It has long been our experience that, once a funding grant agreement is received, the federal government honors its commitments to local transportation agencies and serves as a critical partner in ensuring that the project is delivered according to its established schedule and budget,” Sotero said in response to Rokita’s appearance in Beverly Hills.

How to spend the rest of the year at the movies

BHUSD is a joke

You got to be kidding me! Why is this even news! Indiana has absolutely 0 miles of rail public transportation and he wants to come here and criticize our progress for no reason? Beverly Hills is fighting a loosing fight. The purple line will get built and then all you fools who opposed will reap its benefits.

Hah! Bringing out the big guns, right Beverly Hills? Can’t wait for the drilling to start.

If dangerous methane and crude oil threatens the students so much why is the school even there? If the school has been sitting over a health hazard ? How about relocating the school? If the concerns of these students and parents were genuine why do they even attend school there? I think the real issue at Beverly Hills High School is racism? They cannot fathom the thought of inner city people using a subway in a tube far underneath the ground? Isn’t that the real issue?