How to spend the rest of the year at the movies

All the big films of the year are done. That’s less an attack and more a complaint, but never doubt Hollywood and those rare fringe films that unexpectedly steal our hearts. Here’s what to check out and avoid, and the gambles that could go either way.

So the director of “Call Me by Your Name” follows his best pic nom with a remake of the 1977 surrealist horror film. The result is critically mixed, but that’s to be expected from, dare I call it, arthouse cinema.

Skip: “The Nutcracker and the Four Realms” 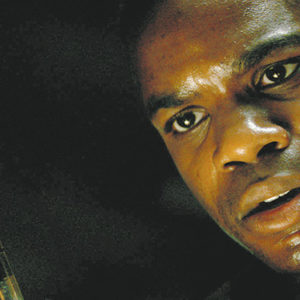 A J.J. Abrams-produced zombie Nazi movie? It sounds outlandish, but any reminder of just how vile Nazis were, and their professors are, remains a compelling choice. Plus, zombies.

Gamble: “The Girl in the Spider’s Web”

Colin Farrell’s casting in “Fantastic Beasts and Where to Find Them” was inspired, so discovering his character was merely a disguise for Johnny Depp’s Gellert Grindelwald was a massive disappointment. How hard is it to cast actors not embroiled in domestic abuse cases? One actor doesn’t make or break a film, and Ezra Miller’s return is exciting, but Depp’s presence is disappointing.

“12 Years a Slave” director Steve McQueen finally returns to feature films with a follow-up to his best pic winner. Viola Davis and Michelle Rodriguez lead a team of widows who must fight back against a community that blames them for their deceased husbands’ criminal wrongdoings. With a screenplay by “Gone Girl” novelist Gillian Flynn, this is sure to be a gut-wrenching good time.

Ralph and the gang are back, ready to take us down nostalgia lane. What’s not to love?

One of the Farrelly brothers (“Dumb and Dumber”) helming a bio comedy-drama depicting Viggo Mortensen as a bouncer driving a pianist, played by Mahershala Ali, around the country – I’m intrigued.

While Ryan Coogler moves away from the director’s chair to a producer’s credit, this sequel looks like it’s in good hands with all the main stars set to reprise and a fresh director, Steve Caple Jr., who Forbes dubbed a “30 Under 30” in the industry.

“Ann and the Apocalypse”

An apocalyptic musical for the holiday season? The premise alone is enticing, promising all the campy goodness this genre hybrid can deliver.

Odd frame rate aside, Spidey’s first foray into digital animation looks ready to bring all the visual spectacle and comics aesthetics live-action superhero films tend to subdue. And let’s not ignore the presence of writer-producers Phil Lord and Christopher Miller (“The LEGO Movie,” “21 Jump Street”) who haven’t disappointed yet.

Emily Blunt filling in for Julie Andrews. So a delightful actor replaces a delightful actor. Add to the mix files for Meryl Streep, Colin Firth, Angela Lansbury, Julie Walters, Lin-Manuel Miranda and even Dick Van Dyke reprising his original role, all in a film by the “Chicago” director, and the result might be sweeter than a spoonful of sugar.

Robert Zemekis (“Back to the Future,” “Forrest Gump”) is a powerhouse, but his attempts at digital animation (“The Polar Express,” “Beowulf”) always slip into the uncanny valley, resulting in characters just realistic enough to look very wrong. But “Marwen,” a playful and serious role for Steve Carell, looks like the answer by digitally bringing dolls to life.

Christian Bale as former Vice President Dick Cheney might seem out of place, but “Vice” already seems like an Oscar shoo-in for makeup. Sure, Sam Rockwell’s physical appearance doesn’t match the great W., but Bale always delivers incredible character performances and re-teaming with director Adam McKay (“Anchorman,” “Step Brothers,” “The Big Short”) will likely be the winner of the holiday season.

Nicole Kidman wants a second Oscar for leading role, this time in an intense drama about a former uncover officer for the LAPD who must revisit her old life years later. A grim affair indeed, but Karyn Kusama (“Jennifer’s Body,” “The Invitation”) is up for the task.

Potential: Anything about Ruth Bader Ginsburg deserves attention. She’s a titan of justice, but biopics are a mixed bag shrouded in disjointed narratives that often lack a pulse. Hopefully “On the Basis of Sex,” starring Felicity Jones as a younger RBG, breaks the cycle and taps into why she’s so historically iconic.