Legendary jazz harpist, pianist and singer Corky Hale, who has performed with some of the greatest stars in music history, is publishing a new biography titled “Corky Hale Uncorked,” written by Jerry Leichtling and Arlene Sarner. 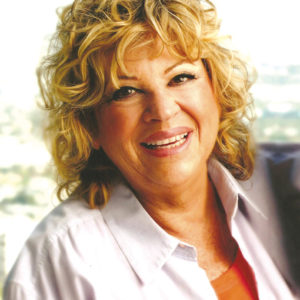 Enjoy a performance by harpist, pianist and singer Corky Hale on Dec. 21 at The Wallis, and learn about her long show business career in her new biography “Corky Hale Uncorked.” (photo courtesy of Corky Hale)

With her usual no-holds-barred candor, Hale shares her unique American success story, from growing up in a small Midwest town to a 50-year career with headline engagements at the Hollywood Bowl, Carnegie Hall and Royal Albert Hall. Hale will perform on Friday, Dec. 21, at the Wallis Annenberg Center for the Performing Arts in Beverly Hills, sharing the stage with her daughter-in-law, singer Tricia Tahara, in an evening titled “The Two Mrs. Stollers.”

Hale, who has been married since 1970 to songwriter Mike Stoller, of the famed Leiber-Stoller team, was one of Billie Holiday’s last accompanists, including in an appearance on the “Stars of Jazz” TV show in 1957. In addition to her solo shows, Hale has performed with Frank Sinatra, Peggy Lee, Mel Torme, Ella Fitzgerald, Chet Baker, Anita O’Day, June Christy, Benny Carter, Judy Collins, Roberta Flack, Melissa Manchester, Les McCann, Joe Williams and Nat King Cole.

Additionally, Hale has performed at the White House with Tony Bennett, soloed with Barbra Streisand in Central Park and at the Hollywood Bowl, performed with Bjork on her MTV special, and appeared with George Michael at the London’s Royal Albert Hall and Washington, D.C.’s RFK Stadium. She and Stoller also recorded a version of “I Remember You” for his “Songs From the Last Century” album. She also played harp for Liberace on his weekly TV show and at Madison Square Garden, and sang with the bands of Harry James, Ray Anthony and Jerry Gray.

The original production of Leiber-Stoller hits, “Smokey Joe’s Café,” still holds the record as the longest-running revue in Broadway history and was recently revived.  Hale and Stoller were also co-producers of “A Night With Janis Joplin,” and Hale was an advisor to the Audra McDonald revival of “Lady Day at Emerson’s Bar and Grill.”  Among their many joint honors were an award from the California Jazz Foundation, and the naming of the Mike Stoller-Corky Hale Stoller Civil Rights Theatre in Montgomery, Alabama.

For information about “Corky Hale Uncorked,” visit corkyhale.com and amazon.com.

Metro gets $100 million in federal funds for Purple Line