To commemorate its founding in 1988, the Autry Museum of the American West will hold its 30th anniversary celebration on Saturday, Oct. 13, at 6 p.m. on its Griffith Park campus. 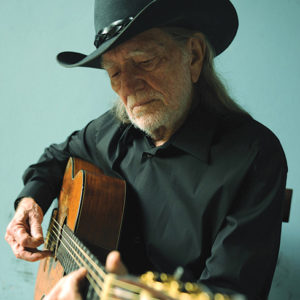 Grammy Award-winning recording artist Willie Nelson will host a private concert on Oct. 13 at the Autry to honor the museum’s founding three decades ago. (photo by David McAlester)

The event honoring late museum founder Gene Autry will feature a private concert by Grammy Award-winning recording artist Willie Nelson. In addition to this special performance, festivities will include a cocktail reception, dinner and dancing under the stars with the band Lukas Nelson & Promise of the Real.

Autry founded the museum – then the Gene Autry Museum of Western Heritage – with wife Jackie Autry and dear friends Joanne and Monte Hale. Now attracting between 150,000 and 250,000 visitors each year, the Autry in Griffith Park presents a wide range of special exhibitions and public programs that explore the art, history and cultures of the American West.

Known as “America’s Favorite Singing Cowboy,” Autry was a legendary entertainer whose career spanned over 60 years in the entertainment industry as a recording artist, actor and producer. He is the only entertainer to have five stars on the Hollywood Walk of Fame. He was also a businessman, chairman of the board of a broadcasting empire and owner of the Angels Major League Baseball team.

“It is hard to believe that a little over thirty years ago, Joanne Hale and I were sitting in a dusty warehouse, in our overalls, embarking on the adventure of a lifetime helping the Cowboy realize his dream of a museum,” said Jackie Autry, founding chair of the Autry’s board of trustees. “In those early days we could not have envisioned the scope and expansion that is our now. Gene, Joanne and Monte would be as thrilled as I am. I know it would be particularly meaningful to Gene having Willie and Lukas join us on this very special occasion.”

During the cocktail reception, attendees will enjoy exclusive access to see two current exhibitions, “La Raza” and “Rick Bartow: Thinks You Know But Cannot Explain.” “La Raza” looks at the photography of the influential 1960s-70s bilingual newspaper La Raza which served as an important voice for the Chicano Rights Movement and documented key moments, members and symbols of the era. “Things You Know But Cannot Explain” offers a comprehensive retrospective exhibition on the contemporary American artist and member of the Mad River Band Wiyot tribe, Rick Bartow.

Two of the Autry’s core galleries, Art of the West and Ted and Marian Craver Imagination Gallery, will also be open for the evening.

For tickets, call (323)495-4331, or visit theautry.org/celebrate. Proceeds from the 30th-anniversary celebration benefit the Autry’s many on- and off-site educational programs, and research.

The Autry is located at 4700 Western Heritage Way. For information, visit theautry.org.

Clues sought in murder of Homeless man in Hollywood