The Distinguished Speakers Series of the Westside will feature six dynamic speakers during its upcoming 2018-19 season at the Saban Theatre in Beverly Hills. 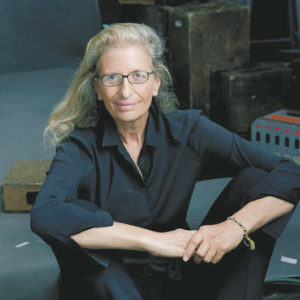 The season runs from November through May on six Sunday evenings at 7 p.m.

“We search the globe to find great speakers whose leadership, accomplishments and opinions make a real difference,” Distinguished Speakers Series co-owner Kathy Winterhalder said. “Our goal is to present a compelling and bipartisan style of educational entertainment to the community. We’ve prided ourselves in the fact that what makes our series unique is that instead of the media selecting the sound bites or quotes, our patrons can listen, submit their questions and decide for themselves.”

The series kicks off on Nov. 4 with award-winning portrait photographer Leibovitz, who will take audience members behind-the-scenes with compelling photographs of some of the most influential and famous celebrities from the past 30 years. Wallace will regale audiences on Jan. 13 with firsthand accounts of interviewing some of the most powerful, influential and infamous people in the world.

Comey will offer candid insight on his tenure during the Trump administration, U.S. intelligence and the political challenges of the 21st century on Feb. 10. On March 3, Pulitzer Prize-winner Meacham will discuss America’s presidency.

Alda will share stories from his television and film career, as well as humankind’s shared humanity, on April 14. The series concludes on May 19 with Nicklen, whom Nat Geo recently named Adventurer of the Year. He will take audiences on an epic visual journey around the world.

Audience members can interact and exchange ideas with the speakers during a moderated Q&A session at the conclusion of each event.

The series is open to the public in subscription packages only. Tickets range from $260 for balcony seating to $475 for premier seating at all six events. Single tickets are not available.

The Saban Theatre is located at 8440 Wilshire Blvd. Subscriptions can be purchased by calling (310)546-6222, or visit speakersla.com.

Temple to show historic film, ‘The City Without Jews’