A 26-year-old Los Angeles man was sentenced on Oct. 12 for physically assaulting a transgender woman in Hollywood in 2013. 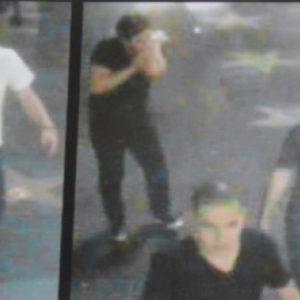 Security camera footage of the suspects who allegedly assaulted the woman was released shortly after the attack. (photo courtesy of the LAPD)

Los Angeles County Superior Court Judge Charlaine F. Olmedo sentenced Nicol Shakhnazaryan to three years of probation and issued a protective order requiring the defendant to stay away from the victim. Shakhnazaryan pleaded no contest in March to one felony count of assault by means of force likely to produce great bodily injury in a negotiated plea agreement. His conviction was reduced to a misdemeanor under the terms of the plea agreement which required he complete 30 hours of community service and pay $4,650 in restitution.

Shakhnazaryan’s co-defendant, Samuel Garunts, 26, of Los Angeles, pleaded no contest in February 2017 to one misdemeanor count of assault by means of force likely to produce great bodily injury in a negotiated plea agreement. He was sentenced to three years of probation and 30 days of community service, and was required to pay $24,000 to the California Victim Compensation Board.

During the early morning of May 31, 2013, the defendants got into a confrontation with 22-year-old Vivian Diego near Hollywood Boulevard and Vine Street. Diego tried to walk away but was struck in the back of the head by one of the defendants. After falling on the sidewalk, the men punched and kicked her. Diego sustained a broken jaw, broken ribs, two fractured eye sockets and was hospitalized for a week.

Police determined Shakhnazaryan and Garunts were the primary suspects in the attack and no one else was arrested or charged. Prosecutors said there was no evidence the attack was motivated by hate.