The Paley Center for Media will host its 12th annual PaleyFest for fall TV previews from Sept. 6-16 at the Paley Center’s Beverly Hills location. 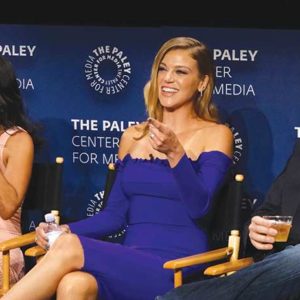 Each event includes screenings followed by discussions with the series’ cast and creatives.

“Every September, television fans know PaleyFest Fall TV Previews is the place to be for a first look at the most buzzworthy new shows of the fall TV season, and engaging conversation and insight from the cast and creative teams behind them,” said Maureen J. Reidy, the Paley Center’s president and CEO. “We’re honored to present this stellar lineup of new shows as well as several Emmy-nominated returning fan favorites.”

PaleyFest will kick off on Sept. 6 with the cast and creative team of Netflix’s “Atypical” and “BoJack Horseman,” followed by screenings and discussions with the casts and creatives of Hulu’s “I Love You, America” with Sarah Silverman and “Castle Rock”; ABC’s “The Kids Are Alright” and “The Rookie”; The CW’s “All American” and “Charmed”; Lifetime’s “YOU”; History’s “Project Blue Book”; EPIX’s “Get Shorty”; NBC’s “I Feel Bad”; CBS’s “The Neighborhood” and “Happy Together”; Fox’s “The Cool Kids” and “Last Man Standing”; and conclude on Sept. 16 with the cast and creative team from Telemundo’s “Nicky Jam: El Ganador.”

The Paley Center for Media is located at 465 N. Beverly Drive. For information and tickets, visit paley.me/previews.