A family ripped apart, a touch of a Cinderella-like transformation, and a dark secret kept nearly for an entire century – all these elements from West Hollywood resident Michael Haibach’s debut novel, “Amazing Gracie,” weave together for a compelling, page-turning read about a young girl’s rise from a penniless orphan in the early 20th century to a moneyed high-society woman. 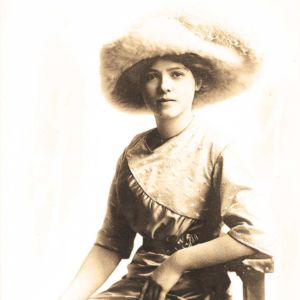 Gracie Dodson Haibach, the heroine of “Amazing Gracie,” hid for most of her long life, even from her family, that she grew up poor and suffered abuses in an orphanage. (photo courtesy of Michael Haibach)

But to top it off? It’s all based in truth. The novel’s young heroine, Gracie Dodson Haibach, is the author’s grandmother. For most of her life – which spanned a hefty 103 years – she hid from everyone the fact that she grew up poor and orphaned after a criminal accusation against her father tore her family apart. By luck, she found herself in a situation where she learned how to pretend to be higher class and then carried on the illusion for the rest of her life.

“I never thought I had a story to tell until my grandma told me this,” Michael Haibach said.

Back in 1990, he believed he had his then-97-year-old grandmother pinned down – Gracie Dodson Haibach came from a wealthy family back east, and as much as she could be kind, she was also reserved. But with the advent of the internet and a curiosity to find out if he was related to a president or celebrity, Michael Haibach stumbled upon a nearly century-old news report announcing the trial of two men accused of murdering a peddler. One of the accused shared his grandmother’s maiden name, and from there, questions bubbled forth.

Little did Haibach know, however, that he was deep in a rabbit hole of a story that would ultimately result in a book. His grandmother, though, wasn’t pleased with his discovery – she hadn’t told even her own husband or children.

“I knew I had hit on something important,” Haibach said. “She didn’t want me to tell anyone. She thought I would ruin her life.”

But while his grandmother felt immense shame about her childhood poverty and the abuse she endured in an orphanage, Haibach only felt a deeper admiration for her strength.

“I looked at her and put her up on a higher pedestal,” he said.

Immediately upon pulling the truth out of his grandma, Haibach knew he had to write her story. He had no prior experience in novel writing, but he didn’t let that deter him. Instead, after a career spent writing in marketing and advertising, and with an avid interest in genealogy spurred from watching the “Roots” TV miniseries, Haibach jumped into the project with full force.

Writing “Amazing Gracie” was no quick feat. To gather additional research and details about the period, Haibach – before Ancestry.com was around to quicken the process – hired a historian in Pennsylvania to dig through library and newspaper archives, which took a few years. Once he put pen to paper, finishing the first draft took another two years – and then came the years of editing and submitting to literary agents. Bringing his grandmother’s story to life was nonetheless a process he enjoyed.

“To create a scene, I would think, ‘If I was her, how would I react?’” Haibach said. “It was fun actually.”

While the story may be personal to Haibach, it isn’t just for family members to enjoy. The novel is a brisk, direct read that, through Gracie’s life, delves into the history of the Gilded Age and turn of the century America, offering glimpses into the often-cruel treatment in orphanages and the wide disparities between classes. Above all, the tale exemplifies not just how one person’s actions can change the course of another’s life completely, but also the power of the human spirit. 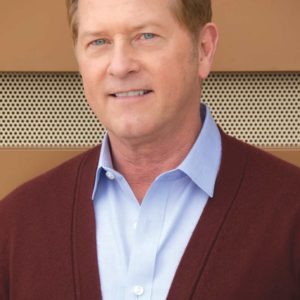 After a career in marketing and advertising, West Hollywood resident Michael Haibach has turned to writing. His first novel, “Amazing Gracie,” shares the story of his grandmother’s journey from penniless orphan to moneyed high-society woman. (photo courtesy of Michael Haibach)

“We are not defined or limited by our experiences; we each have the ability to choose how we deal with what fate hands us,” Haibach writes in the novel.

Gracie Dodson Haibach passed away in 1996, and per her wishes, she never saw her story published in her lifetime. Her grandson believes, however, that she was happy to have finally  opened up to at least one person.

“It was really emotional for me,” Haibach said. “I think she felt better having told the truth. She was relieved to not feel that she had to hide it anymore.”

A second, follow-up novel to “Amazing Gracie” is already in the works. Haibach plans to focus on his grandmother again, along with her siblings, who after being orphaned, faced less fortunate fates as they struggled in the lower classes. Haibach has already contacted a recently discovered distant cousin who was “absolutely shocked” to hear Gracie’s story, the author said.

And despite the time and energy that it took to fully uncover his grandmother’s story, Haibach encourages other people to spend time with their genealogy as well.

‘BlacKkKlansman’ will easily take the Golden Globe for best comedy