How to survive the September dump month

With the summer movie season over, we now enter a month of famine, a unique time for scheduling normally filled with obscure entries and others that tested poorly.

One of two dump months during the year, September is often a dark hole of disposable cinema, like “Smallfoot” (Sept. 28), an animated take on the human creatures Yetis fear. Certainly, some will save us from boredom, but be warned, anything is suspect. So, here’s a guide on what to see, what to skip and anything else you can do to fulfill those audio-visual hankerings.

While most of the films during this month will be trash, occasionally a couple good ones slip through. The first hopeful premieres next week, “The Predator” (Sept. 14). Yes, this is the sixth film with the name “predator” in it, but there are reasons for optimism. Director Shane Black has a great rep. From “Kiss Kiss, Bang Bang” to “The Nice Guys,” the guy knows how to weave together an entertaining yarn. Perhaps Fox is less worried about an R-rated film premiere in September. That said, any film with a runtime under two hours is suspicious, especially with such a star-studded cast. 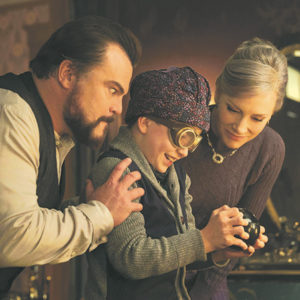 Jack Black stars as Jonathan Barnavelt, Owen Vaccaro portrays Lewis Barnavelt and Cate Blanchett appears as Florence Zimmerman in “The House with a Clock in Its Walls,” opening on Sept. 21.
(photo courtesy of Universal Pictures)

Next, “The House with a Clock in Its Walls” (Sept. 21) could be the movie franchise Jack Black and Cate Blanchett need. Their names are the draw, but with a PG rating, it could also just be a cheesy combination of Harry Potter and “Goosebumps” in the wrong way. At the very least, IMAX showings will feature Michael Jackson’s “Thriller” music video before the film in 3D, which is both exciting but also an early sign that a ploy is needed to lure in audiences.

Another possible way to spend your September: catch up on all the unsung heroes of summer. “Sorry To Bother You,” “Eighth Grade” and “BlacKkKlansman” are names that’ll return during awards season, so get to know them now. “Won’t You Be My Neighbor?” is finally on video if you need a good cry and reminder that before Trump’s America, good people became popular. And oddly enough, Netflix has a small army of rom-coms that make for enjoyable nights in.

While 2018 will pass without a new season of “Game of Thrones,” other serial stories are revving up for fall. Most good ones arrive in October, but some are set for September premieres, like a limited series on the USA Network about “The Purge” that just started, and the last entry in the Marvel Cinematic Universe of the year, season 2 of “Iron Fist,” airing tonight. Sure, the first season was awful, but maybe the showrunners learned from its many, many mistakes.

Other favs are also close at hand, including “American Horror Story: Apocalypse” (Sept. 13) and “American Vandal” (Sept. 14), along with ugly-cry show “This Is Us” (Sept. 25) and the best comedy on network television, “The Good Place” (Sept. 27). 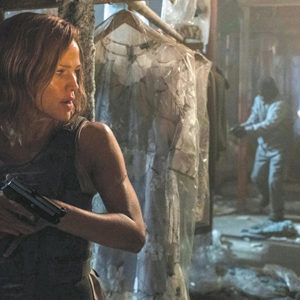 Jennifer Garner stars as Riley North in “Peppermint,” an action-packed thriller that debuts on Sept. 7. (photo courtesy of STXfilms)

Perhaps the easiest way to survive the September dump is embrace it head on. Milk every last bit of that bankrupt MoviePass you’re still rocking and see all the trash that’s out there. Find out if Jennifer Gardner’s action chops are still fresh in her revenge film “Peppermint” (Sept. 7) or be afraid during what will likely be the second failed spinoff in “The Conjuring” franchise, “The Nun” (Sept. 7). How about “Assassination Nation” (Sept. 21), billed as a thriller about high schoolers in Salem, Massachusetts, who go nuts when they all get hacked. OK, this one could be interesting; production company NEON occasionally generates fun stuff.

One final warning: just because September is a dump month doesn’t mean October marks the end of all the disposals. The first attempts to break the cycle occurs with “Venom” (Oct. 6), Sony Pictures’ take on the Spider-Man antihero in a film that reportedly might or might not have Spidey in it. It’s a weird gamble, the kind that would seem to go down easier with Tom Hardy as the lead, but his take on the comics character Eddie Brock comes with a very awkward attempt at a New Yorker accent that feels wildly forced.

But hey, that same day the Bradley Cooper-directed film “A Star Is Born,” featuring Lady Gaga, premieres, some even calling it the best film ever made. That seems a bit over the top, but it’s likely a good film and proof of light at the end of the dump-month tunnel.