French Market has a place in new project

The public can weigh-in on the future of the former French Market Place property at 7965-7985 Santa Monica Blvd. in West Hollywood while a draft environmental impact report remains under consideration through Nov. 5. 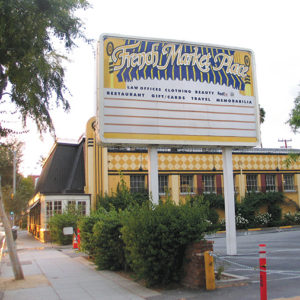 Developer Faring Capital is proposing a mixed-use project that would include an 83,455-square-foot, four-story commercial building with retail, restaurant and outdoor dining space. The project would also include three levels of subterranean parking with 269 spaces.

The property’s primary building, which is now vacant, was constructed in the 1930s as a small grocery store. Later, the building housed the French Quarter restaurant from 1973 to 2015. After the restaurant’s closure, the building was used as temporary office space for nonprofits.

The property has a long history in West Hollywood with the LGBTQ community. The restaurant was a gathering place in the 1970s during the early period in the gay rights movement. A second vacant building formerly operated as a nightclub catering to the LGBTQ community.

Jennifer Alkire, a senior planner for the city of West Hollywood, said the site is not designated historic, but its impact in the community and the role of the building is part of the consideration in the draft EIR. Faring Capital plans to incorporate the French Market Place building into the new project. The new building would be 60 feet tall, which would require an exemption from current city zoning code, which caps building height at 45 feet.

In addition to being able to provide input during the draft EIR process, the public can weigh-in at a planning commission meeting on Thursday, Oct. 4, at 6:30 p.m. in the West Hollywood City Council Chambers, 625 N. San Vicente Blvd., and at a historic preservation commission meeting on Monday, Oct. 22, at 7 p.m., in the Plummer Park Community Center, 7737 Santa Monica Blvd.

The West Hollywood Preservation Alliance supports preservation of the property.

“The French Market Place building and its French Quarter restaurant served as a welcoming and open gathering place for the growing LGBT community as it gained more visibility and its political footing in the 1970s,” said Victor Omelczenko, president of the West Hollywood Preservation Alliance. “And the building just east also has a storied past as the 1960s Pink Pussycat College of Striptease and later the lesbian bar Peanuts. The West Hollywood Preservation Alliance is now reviewing the recently issued Draft Environmental Impact Report. We are focusing on the report’s analysis of how the new development will affect this significant site in the city’s cultural history, and we will be providing input at the October 22 meeting of the city’s historic preservation commission.”

Faring’s Director of Community Engagement Jake Stevens said the developer is excited about preserving the former French Market building in the new development.

“Bringing the French Market back to West Hollywood gives this project real soul,” Stevens said. “We recognize the connections our community has to the building – this plan will honor that past and ensure the French Market remains a unique part of WeHo’s future as well.”

West Hollywood Mayor John Duran declined to comment on the project because it is in the draft EIR phase and a project proposal has not been submitted to him.

Alkire said all comments and input from the draft EIR period and the two public meetings will be incorporated into the final EIR, which will likely be completed during the first quarter of next year. The project will then go before the West Hollywood City Council.

Public comments can be submitted by mail to the city of West Hollywood Planning and Development Services Department, Attn.: Jennifer Alkire, 8300 Santa Monica Blvd., West Hollywood, CA, 90069. Comments can also be faxed to (323)848-6569, and emailed to jalkire@weho.org.