Defendant sentenced for man’s death after fight outside nightclub

An Anaheim resident was sentenced to four years in county jail on Sept. 6 after he was convicted of involuntary manslaughter for his involvement in the death of a victim outside a Hollywood nightclub in 2016. 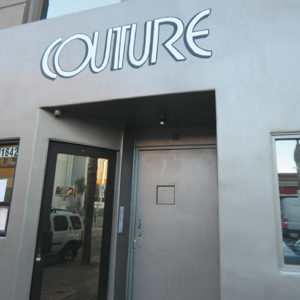 The death occurred outside the Couture nightclub in Hollywood. (photo by Edwin Folven)

A jury convicted Dietrich Canterberry, 36, of one felony count of involuntary manslaughter on June 26 after deliberating for three days. The death occurred at approximately 2:30 a.m. on Oct. 30, 2016, after a dispute between two women occurred outside the Couture nightclub, near Hollywood and Cahuenga boulevards.

The victim, a brother of one of the women, came to her aid. The defendant and another man, identified as Cordell Shields, allegedly struck and kicked him until he was unconscious. The victim, Devion Jelkes, later died at a hospital.

Shields, 37, has been charged with one count of murder in connection with Jelkes’ death and two counts of assault by means of force likely to produce great bodily injury for alleged attacks on two other people during the confrontation. He is currently awaiting trial.