Council District 4 chief of staff decides to ‘pass the torch’

Sarah Dusseault announced her departure from the office of Councilman David Ryu, 4th District, on Sept. 4 after serving the office since Ryu’s inauguration in July 2015. 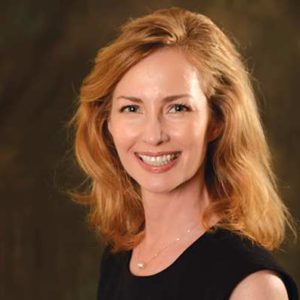 Dusseault, a long-time public servant for the city and county of Los Angeles, who served under former Mayor James Hahn and then-Council President Eric Garcetti, was recently elected vice chair of the Los Angeles Homeless Services Authority, and is active in Democratic politics.

“Sarah Dusseault is a true leader, passionate advocate, and force in local politics like no other,” Ryu said. “I would not be where I am today without Sarah. Her guidance and experience in City Hall shaped this office and got things done for the people of Council District 4. I will miss her leadership in this office, and she will remain a close confidant, advisor and friend.”

Dusseault said she looks forward to continuing her advocacy work in Democratic politics, working to elect more diverse and progressive voices to all levels of government, and spending more time with her family.

In her time serving Ryu and Council District 4, Dusseault not only built the staff in Ryu’s office and effectuated his major policy goals, but also led the way on important initiatives, like the LGBT Center’s Anita May Rosenstein Campus, and Women’s Bridge Housing on North Gardner Street, both underway. Dusseault also oversaw significant improvements and expansions of Griffith Park, Runyon Canyon Park and Pan Pacific Park, and many other policy, planning and district-wide goals, such as campaign finance reform and neighborhood infrastructure improvements.

“When I started just a week before Councilmember Ryu first assumed office, my goal was to build a strong, diverse and supportive team dedicated to the values David and I share: community engagement, transparency, and restoring trust in local government. Having achieved this and many other policy goals, it’s time for me to move forward and pass the torch to the outstanding team serving Council District Four,” Dusseault said.

“Thank you David for the opportunity and honor to serve the great people of Council District 4,” Dusseault added.

Dusseault’s last day as Ryu’s chief of staff will be Sept. 28.