In celebration of the 110th anniversary of Pulitzer Prize and Academy Award winner William Saroyan’s birth, the Los Angeles Public Library presents the exhibition “My Name is Aram,” on view through Oct. 7, and a performance of his unpublished works to be held on Saturday, Sept. 15, at 7 p.m. 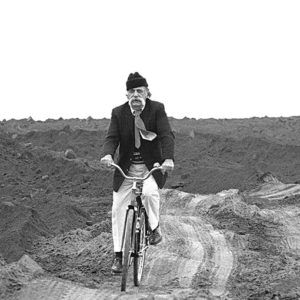 The quotes highlighted in the exhibit were taken from published works from Saroyan’s six decades as a master of dialogue and the written word. Some of his most acclaimed works center on issues of his Armenian ethnicity and diaspora identity, which raise profound questions about humanity’s universal pain and the paradox of exile.

The show “William Saroyan: The Unpublished Plays in Performance” was created expressly for library’s L.A. Made series by award-winning playwright Aram Kouyoumdjian. The performance will be held in the Central Library’s Taper Auditorium and a reception will follow the performance in the library’s courtyard.

“We are happy to introduce a new generation to William Saroyan, who in the past was considered one of the greats like Hemingway or F. Scott Fitzgerald,” said Ani Boyadjian, exhibit curator and manager of the LAPL’s Research and Special Collections. “We hope Angelenos who have not been exposed to William Saroyan will understand both his significance in the American literary canon as well as his cultural impact on Armenians and issues of identity, which is a universal issue for all immigrants.”

Both the exhibition and performance are free and open to the public.

The Central Library is located at 630 W. Fifth St. For information, visit lapl.org.

LAUSD goes door-to-door to get students back in class