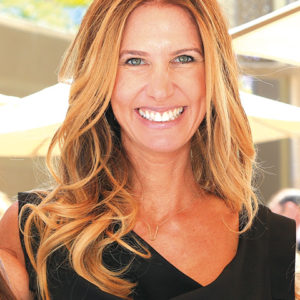 Miller comes to Brawerman after an extensive career in education, most recently serving as academic dean at the Brentwood School. A graduate of University California, Berkeley, with a degree in cell biology, she began her career at Fairfax High School before moving to the Brentwood School, where she taught science for 12 years, including six years as chair of the science department.

“Elementary school kids are fun and they’re funny, and having the opportunity to work with them and change the way they think about the world is probably the most exciting part,” Miller said. “We have a really strong faculty and staff, and I’m excited to learn the Brawerman way.”

At Brawerman East, Miller envisions an opportunity to blend two of her greatest strengths: creating a learning environment that plays to the skills and abilities of each individual student and imbuing curricula with a love for Judaism.

“As an educator and administrator, I believe that students need to be central to their learning. In the classroom, they are the ones that need to construct knowledge and be given the opportunity to do so,” Miller added. “Engagement, love of learning and self-confidence stem from a rigorous and well-planned curriculum. Creativity and critical thinking are necessary skills, and I am eager to prioritize these in the curriculum.”