‘Westworld,’ ‘Game of Thrones’ costumes on display at FIDM

The FIDM Museum & Galleries and the Television Academy present the 12th annual “Art of Television Costume Design,” an exhibit showcasing over 100 costumes from 24 Emmy-nominated shows, nine of which are nominated for costume design, running from Tuesday, Aug. 21 through Saturday, Oct. 6. 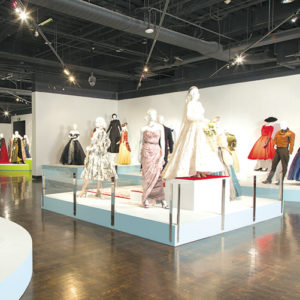 FIDM showcases some of the best in TV costume design at annual exhibit. (photo courtesy of FIDM)

The free exhibit features work from “Game of Thrones,” “Westworld,” “The Crown” and more. Offering visitors an opportunity to review their favorite TV shows and characters, the exhibition celebrates television costume design from television genres including episodic series, limited series and variety programming. From the 2017-18 television season, the exhibition will showcase the wide range of costumes from ornate period pieces to bold contemporary dramas, and sci-fi fantasies to quirky comedies. As always, the exhibition will include a variety of Emmy Award-nominated shows and fan favorites.