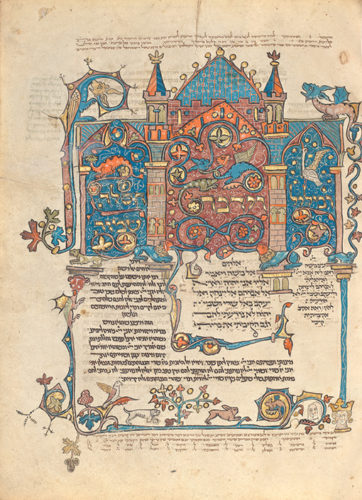 The Getty’s recently acquired medieval Torah will feature in the museum’s upcoming installation. (photo courtesy of the Getty)

The display showcases three manuscripts, each rendered in glowing gold and luminous colors on parchment: a ninth-century North African Qur’an, a 15th-century Christian Bible and a rare 13th-century Torah from Northern Europe.

Practitioners of Judaism, Christianity and Islam have been called people of the book for their shared belief in the importance of divine word. A recent acquisition of a remarkable medieval Torah allows the Getty for the first time to represent the three faiths through their sacred books.

Exhibition celebrates artists from around California