The National Endowment for the Humanities has awarded the Autry Museum of the American West a $400,000 Public Humanities Project Exhibitions grant to re-envision its current popular culture gallery as “Imagined Wests,” a new exhibition on the American West in mass media and the arts. 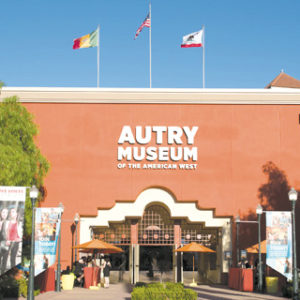 Scheduled to open in spring 2021, the nearly 5,000-square-foot space in the Ted and Marian Craver Imagination Gallery will feature hundreds of objects from the Autry’s collection. Additionally, the project will include public programming and documentary media produced in collaboration with KCETLink Media Group.

“The new exhibition will weave the historic ‘Imagination Gallery’ spirit together with new ideas and themes thoroughly embedded in the 21st century,” said Autry president and CEO W. Richard West. “With the support of the NEH, Imagined Wests will highlight the important roles the many diverse communities in the West have played, and continue to play, in shaping the real and imagined West.”

For 30 years, the Imagination Gallery has explored how the Western film genre evolved in response to social and cultural changes in the 20th and 21st centuries. In accordance with the Autry’s mission to tell the diverse stories of the American West, “Imagined Wests” will place the genre in context with other ways the West has been imagined by culture-makers, some of them far from Hollywood. The new exhibition will draw on the Autry’s collections in popular culture, art, music, material culture and history, including the Southwest Museum of the American Indian Collection, which includes the perspectives of Latino and Native populations.

Extending this creative conversation about the West and American identities will be television and online video media, plus educational and public programs. The Autry is located at 4700 Western Heritage Way, in Griffith Park. For information, visit the autry.org.