Native American rock group Redbone will headline a grand finale concert to celebrate Indigenous Peoples Day, a day-long celebration on Oct. 8 at Grand Park that will shine the spotlight on the culture and traditions of the native community around California. 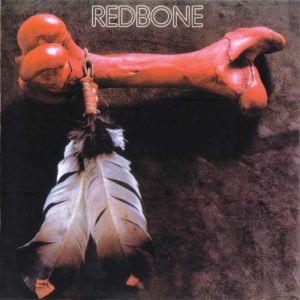 Redbone, formed by brothers Pat and Lolly Vegas in Los Angeles, reached the top five on Billboard’s Hot 100 chart in 1974 with the hit “Come and Get Your Love,” featured in the 2014 film “Guardians of the Galaxy.”

“The perfect way to cap off our first official Indigenous Peoples Day celebration is with the timeless music of Redbone, the critically acclaimed rock group and a great source of pride for our community,” O’Farrell said. “Their music is Native American but universal, and admired around the world. This is something we can all look forward to.”

Indigenous Peoples Day will take place on Monday, Oct. 8, at Civic Center in downtown Los Angeles. The event is being billed as one of the largest Indigenous Peoples Day events in the country, with a Facebook event page that has received thousands of responses from people planning on attending the special celebration.

“My son and I are very proud to represent unity and love within our community of Los Angeles in honor of the very first Indigenous Peoples Day,” said Pat Vegas, who will be joined by his son, special guest PJ Vegas. “Redbone has always led with love and awareness through music, and we can’t wait to keep the message alive on stage on Oct 8.”

Both Grand Park and City Hall public spaces will be used for other activities planned throughout the day, including a sunrise ceremony, 5K run, parade of nations, Native American powwow, panel sessions on trending topics related to Native Americans and the community, a fashion show, and the grand finale concert.

O’Farrell, a member of the Wyandotte Nation, led the charge to replace Columbus Day with Indigenous Peoples Day on the municipal calendar during his first term in office. After numerous hearings with members of both the Native American and Italian American communities, the City Council voted in August 2017 to establish Indigenous Peoples Day as the second Monday each October.